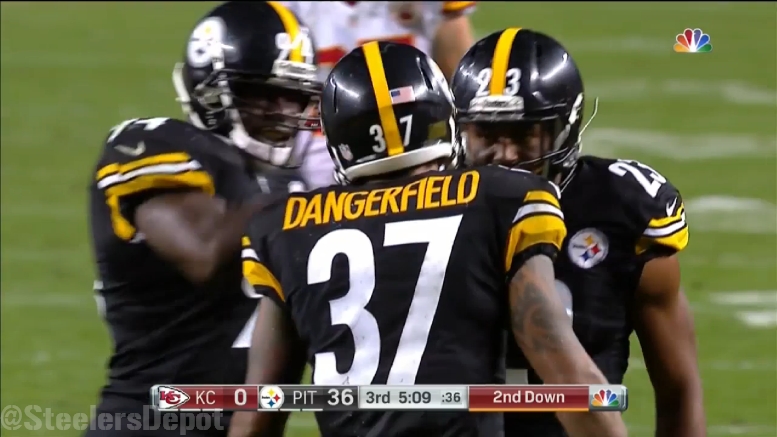 Jordan Dangerfield has been signed to a one year contract with the Pittsburgh Steelers. After the Steelers elected not to place an RFA tender on Jordan Dangerfield, he became a free agent on March 18th.

The Steelers Twitter page along with Brooke Pryor with ESPN tweeted out the announcement early this morning.

This signing comes just a few days after Steelers presumed backup safety, Sean Davis, signed a one year prove it deal with the Washington Redskins. Safety depth is a little questionable right now, so this move will help keep some continuity in that position group.

Beyond his contributions as a reserve safety, Dangerfield has been one of the team’s most active special team players.

#Steelers add some safety depth and bring back one of their key special teams contributors.

The Steelers recently lost or released Tyler Matakevich, Roosevelt Nix, and Anthony Chickillo. These were some of the team’s core special teamers, so retaining Dangerfield, along with the signing of Derek Watt, should help the team’s special teams unit stay afloat.

Dangerfield has bounced around the Steelers roster several times in his career. He started with a reserve/futures contract back in 2014. He was signed to the practice squad and cut several times over after that before sticking on Pittsburgh’s roster in 2017 when he received a 1 year deal.