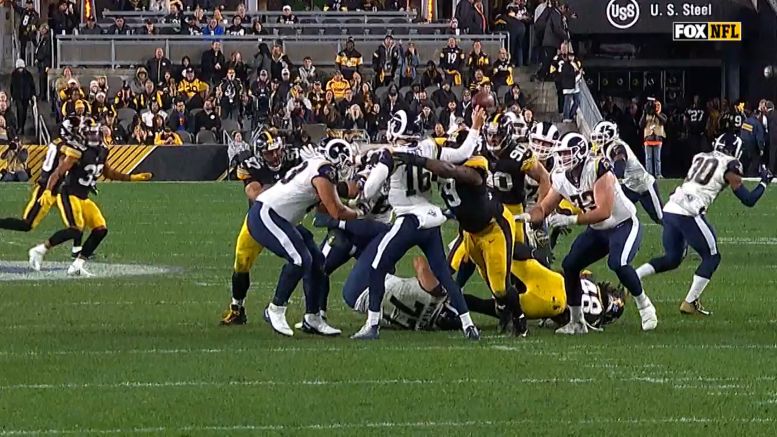 Even when it’s obviously coming, it only makes it so much easier when you see a prized player leave in free agency. That is what the Pittsburgh Steelers fanbase felt as they scrolled their Twitter feed and saw that Javon Hargrave agreed to a three-year contract with the Philadelphia Eagles that would pay him $13 million per season.

That’s just to give you some perspective about how big Hargrave’s deal is, even when you consider salary cap inflation. He got paid, and paid in ways the Steelers would never had been able to afford for him, not matter how badly they wanted to.

I would contend that he remains one of the more underrated interior defensive linemen in the NFL, and I’m not sure that changes significantly as he pairs with Fletcher Cox in the middle of a now very stout Eagles defensive line.

That is for those who don’t watch the tape, of course. Those who do see what he is capable of, and the strides that he had taken during each year of his career. Benefitting from additional playing time in 2019 because of Tuitt’s injury, he had a career year as an all-around player, racking up 60 tackles on under 700 total snaps.

And to think he was a third-round pick back in 2016. It’s no surprise that he became a day-one starter. Outside of the fact that he was on the old side for a rookie, the only real knock against him during his college career was whether or not his dominance of a lower level of competition would translate in the NFL.

Spoiler alert: it did. And it perhaps took Joe Greene personally visiting him and signing off with his seal of approval to convince the Steelers he was their man if he were available for them when the time came in the third round.

He is the first of that class to sign this offseason, beating first-round cornerback Artie Burns and second-round safety Sean Davis to the punch. Likely, the only member of that class who will still be with the team by the end of the month, or at least the end of April, will be Tyler Matakevich.

While the Steelers do play the Eagles this year, the good news is that they won’t have to see him in the conference. If they see him again earlier than 2023, it will be in the Super Bowl.