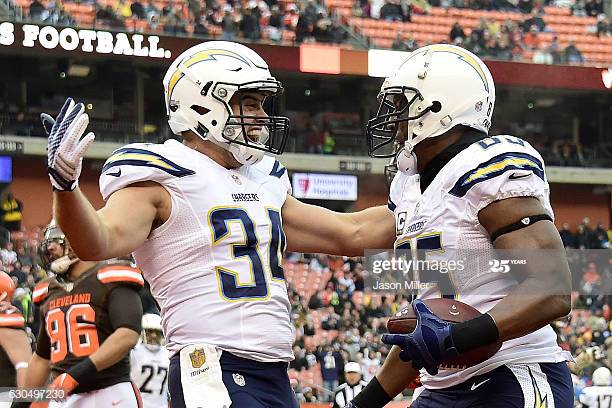 The Pittsburgh Steelers made their first splash of free agency, signing former Los Angeles Chargers fullback and special teams’ stud Derek Watt. A fullback who can play special teams might seem underwhelming considering the rest of the NFL was busy signing luxury free agents to monster deals but this was not surprising considering the Steelers’ typical business procedures.

While this signing may seem boring compared to the rest of the free agent frenzy, Watt’s play on the field is anything but boring. Not only did the Steelers sign a talented fullback, a luxury they lacked last season but they also got one of the NFL’s best special teams’ players.

What one will quickly determine is that Watt should have no problem fitting in with the Steelers’ culture as he is an aggressive, high motor and physical player who can set the tone for an entire special teams’ unit.

It is easy to tell that Derek is one of the Watt brothers. Like his siblings, the fullback is a relentless athlete with a high motor. That always translate well to special teams which is why Watt has been one of the NFL’s most effective special teams’ players. Identify Watt’s position when the punt is fielded and watch how much ground he covers as he zeroes in and stops the Raiders’ punt returner dead in his tracks.

Surely the Steelers will miss Roosevelt Nix’s physical play on special teams. The manner in which Nix bullied opposing teams on special teams had become a staple of the unit but fear not, Watt is the perfect man to replace him. Watt is a very physical player who is capable of lowering the boom on special teams. Watch below as he comes crashing in and sends his blocker about five yards backwards before wrapping up the return man.

Did anyone ask for another serving of Watt punishing an opposing teams’ special teams’ unit. The former Chargers’ fullback comes with a head full of steam above and puts the poor man tasked with blocking him on his backside. These are the kind of plays that set the tone for a special teams’ unit and it should be a treat to watch Watt deliver big hit after big hit in a black and gold uniform this season.

Special teams are about more than just running fast and delivering a big blow. Think about how many times a fast, athletic player who would seem perfect for special teams simply outruns their assignment and over pursues. One of Watt’s redeeming traits is that he is rarely caught out of position. He plays under control and locks onto his targets, refusing to over commit. Despite the returner cutting back inside, Watt remains locked in on his target and comes barreling down for a great tackle.