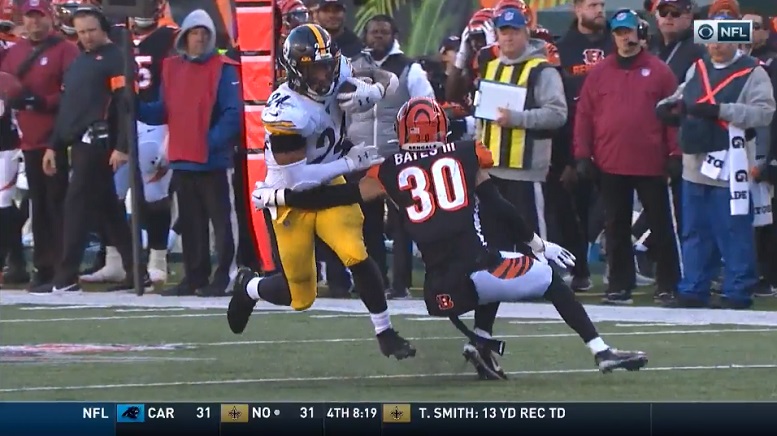 During these uncertain, dark times, it’s good to have a laugh. CBS’ Will Brinson provides your chuckle of the day, claiming the Cincinnati Bengals could have a better 2020 than the Pittsburgh Steelers.

“You can squint and see the Bengals finishing second in the division,” Brinson said yesterday. “I can see that happening if Joe Burrow is as good as he was last year, accounting for NFL inflation and all of that. It’s not out of control for the Bengals to maybe be better than the Browns and better than the Steelers if Ben can’t come back from injury. I think catching the Ravens and winning the division, that’s a leap too far for me. But you can squint and sort of see something coming together [in Cincinnati].”

I’m sure if Brinson saw this, he’d point out all the caveats to his claim. That there’s a slim chance of it happening, saying “you can squint” to see it happening. If Ben Roethlisberger can’t come back, which by all accounts, he will, and according to #7 himself, will return better than before the surgery. It’s worth pointing out that even without Roethlisberger last season and having one of the league’s most inept offenses, they still won six more games than Cincinnati.

To be fair, the Bengals have had an unusually aggressive and successful offseason. They retained AJ Green with the franchise tag, signed DJ Reader to plug the middle, and Vonn Bell was a strong signing at safety.

But these are the Bengals. The lovable (?) losers. The Browns with disgusting chili. It’s hard to see them as bad as 2019 but second place? Even in a best-case scenario, it’s a stretch. They’ll draft Joe Burrow, have a shot at building a future, but in an offseason likely to be shortened due to the coronavirus, rookie QBs will struggle more than usual.

Oh the offseason. The best time for media fodder. I’m sure at some point, there will be a think piece of how the Bengals can win the North with Burrow at quarterback. I look forward to having that laugh.

“It’s not out of control for the Bengals to maybe be better than the Browns and better than the Steelers if Ben can’t come back.” – @WillBrinson likes what he's seeing in Cincy pic.twitter.com/kYSqa4VDQ9