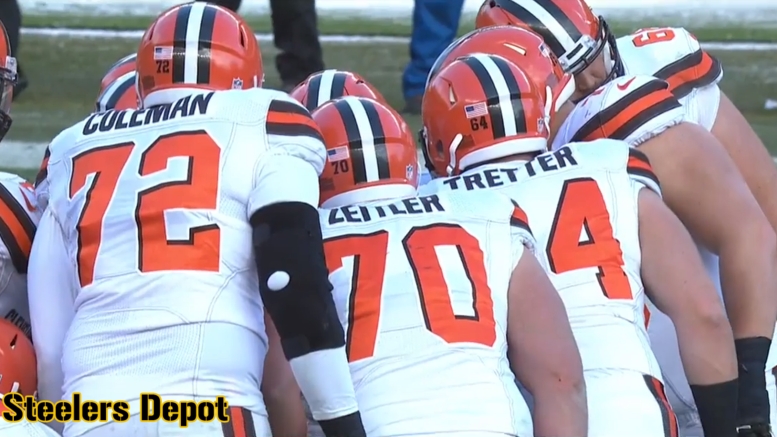 The NFLPA will be voting today…continuing to vote, yes, on whether or not to approve the current Collective Bargaining Agreement that is on the table, which extends through to the end of the week. But they are also voting for a new president of the union to succeed Eric Winston.

There are four candidates, among them the Cleveland Browns’ starting center, J.C. Tretter. Of the four candidates, it is believed that three of them have or will vote against the CBA proposal, with the exception being Sam Acho, who in my opinion used faulty logic to make his argument. The others are Russell Okung and Michael Thomas (the safety for the New York Giants).

While Tretter did not specify what he vote was, or will be, he did post a lengthy message on Twitter that attempts to answer the question of what some of the negatives are in the deal, and he goes through a number of items, the first and foremost being, of course, the additional work of a 17th game.

Players: We are preparing to vote on a CBA that most of us will play under for the rest of our careers. Before you decide whether you’re for or against it, please get informed. Read up on it, talk to your player director/rep, send me questions, etc. Get as much info as you can. https://t.co/ivO7phEFdf

Under the heading of overall economics, he notes that the only raise in the revenue split in the CBA proposal is a bump to 48 percent, and only once the 17-game season kicks in. it can climb as high at 48.8 percent, but that depends upon economic factors beyond their control.

He also highlights the persistence of the antiquated funding rule that dates back to the time when the NFL was a fledging business and not a multi-billion enterprise. The rule required that teams put money in escrow that they have guaranteed to players beyond $2 million, which was relevant when there were legitimate fears of franchises going bankrupt. While the total will be raised to $17 million, it is a tool that teams use to limit guaranteed money they give to players, which is obviously a major impediment in the road to fully guaranteed contracts.

While he notes the raise in pay for minimum-salary players, he also points out that the union’s goal was actually higher. They were looking for entry-level players to earn at least $700,000 at the outset. Instead, the sliding scale of pay raises will take three more years before they reach that point, as the salary cap balloons.

One means of negatively impacting low-salaried players is that, according to Tretter, their extra game check salary will be taken out of other non-cap funds, perhaps the player performance pool, which is a non-cap related pool of money that low-salaried players earn to reflect their actual contributions (based on playing time and achievements). The union wanted to add to this pool. Instead, it may be subtracted from.

He states that players on the practice squad are now locked into set salaries, and are not able to negotiate higher salaries. He notes that 32 players had higher-than-minimum salaries in 2019. The Pittsburgh Steelers used this pay raise to help retain B.J. Finney in 2015.

There are a number of other points that he addresses as well. Overall, from the sounds of it, it’s hard to imagine that he would have voted in favor of the deal.