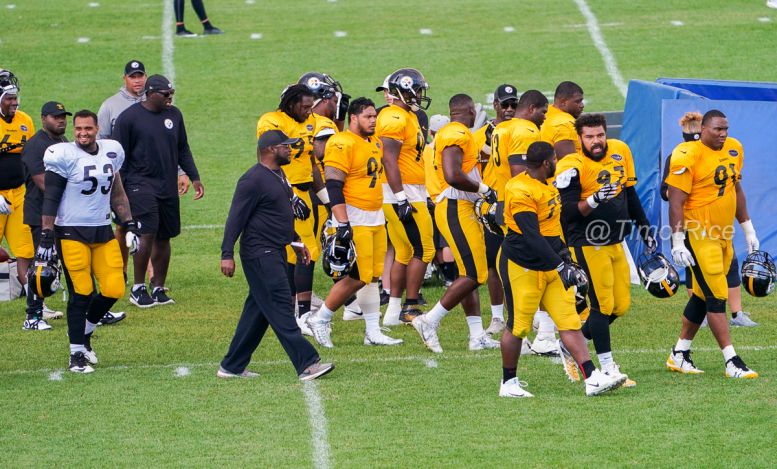 It becomes a graver and more inescapable reality with each passing day that the COVID-19 pandemic is a rather serious one, even if there continue to be those who don’t treat it as such—for example, people who had already booked vacations, and those who are completely stupid, or politically or financially motivated to think or claim otherwise.

Yet every day those goes by sees more and more industries and other walks of life slowly succumbing to the reality of the situation, shuttering their doors for the indefinite future until everything blows over. This is why there was some reluctance within the league about starting free agency on time, as I wrote about yesterday.

“One of the things that was a factor”, Pittsburgh Steelers president Art Rooney II said yesterday about the decision not to delay the start of the new league year (which is at 4PM today), “is that there really is no time frame for when we’re going to get through this. So even if we postpone things for a week or two, there really is no guarantee we would be in a better situation than we’re in now”.

The NFL was slow to adapt to the changes in comparison to other leagues, but of course, they had the luxury of time, since they are in their offseason. It wasn’t too long, however, before teams began pulling their coaches and scouts from the road, suspending air travel, closing their facilities. Now, the league has put the entire offseason on hold, outside of the signing and trading of players. It’s not clear if there will even be OTAs this year. And what about training camp?

“It’s too early to say” whether or not training camp, held in July and August, will be affected by the coronavirus, Rooney said. “Hopefully, God willing, we’ll be able to open training camps on time, but we just don’t know that at this point. We’ve been told the draft is going to go on as scheduled on the dates it has been scheduled. We’ll have to be prepared for that, and we’re preparing for it. Who knows if that will change, but for now we have to prepare for it to take place on the scheduled dates”.

The draft can be held without players congregating in confined spaces. Training camp, for obvious and fundamental reasons, cannot. Will we return to life as normal, or at least something approximating it, by the time the Steelers have to prepare to play in the Hall of Fame game?

Will there be a Hall of Fame game? Will there be a Hall of Fame induction ceremony? While it’s convenient that the need for answers to these questions is still so far out, it’s at the same time an added anxiety to think about the breadth to which everything in the football world—and the world at large—will be touched by this, hopefully once-in-a-lifetime, global crisis.