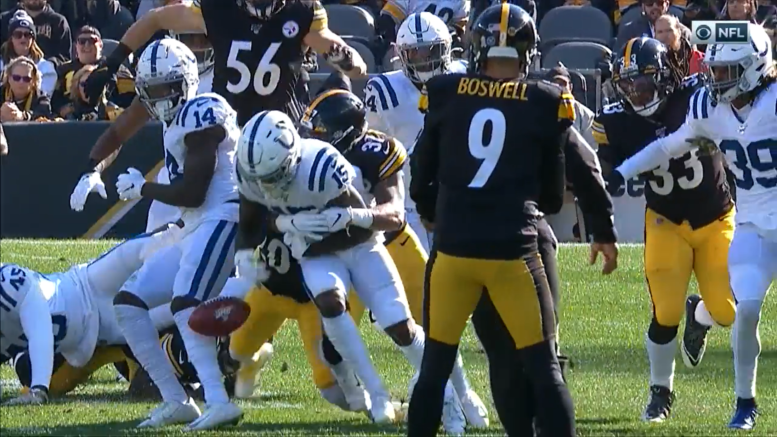 Not only have the Steelers failed to address the safety position in a meaningful way this offseason to date, outside of re-signing Jordan Dangerfield, they have also lost roughly 1000 annual special teams snaps with the departures of Roosevelt Nix, Anthony Chickillo, Johnny Holton, and Tyler Matakevich.

That is good news for Dangerfield, who has become a staple of the special teams units over the past couple of seasons. He is currently one of only four safeties who have experience on the 53-man roster, and at least from the view at the end of March, looks to have a rather good chance of retaining his spot on the team for at least one more season.

He was, after all, one of four safeties on the team a year ago, and was ahead of Marcus Allen, who was waived and re-signed to the practice squad. Allen only resurfaced onto the 53-man roster late in the season after Kameron Kelly was arrested and subsequently released.

Like Matakevich, it appears largely as though the Steelers have drifted toward viewing Dangerfield as close to being only a special teams player, but whether certain sections of the fanbase and beat writers (*cough*EdBouchette*cough*) like it or not, such players still have value, not just in the game, but within the Steelers organization.

Even if Pittsburgh uses a draft pick, a high draft pick, on the safety position during the upcoming draft, there is still likely to be a roster spot for Dangerfield. After all, they kept six safeties on the roster in 2018. As of now, it looks as though they will only carry five cornerbacks into the 2020 season unless they draft one, and that wouldn’t be the wisest allocation of their limited draft resources.

Because of his prominence on special teams, Dangerfield is likely to continue to have priority over Allen, who failed to establish himself last offseason in a meaningful role, even though the Steelers half anticipated that he could. Of course, that doesn’t mean that things can change between now and the start of the season. After all, he didn’t make the team in 2017, though that was largely because he got injured, and the team subsequently traded for a safety.