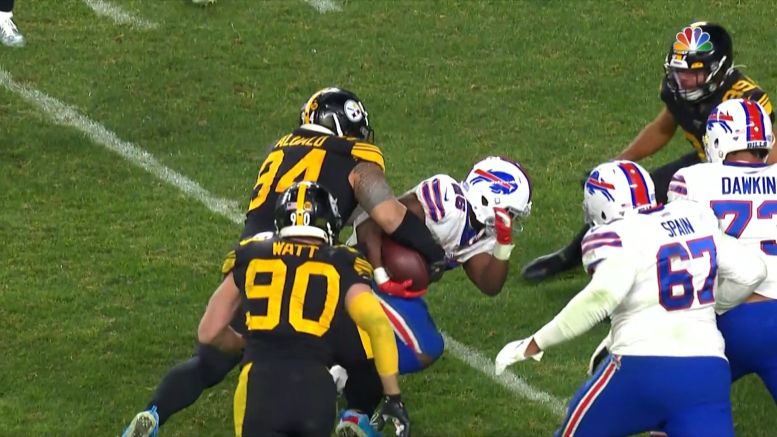 While the acquisition of Chris Wormley doesn’t necessarily immediately change anything for the present or the future as it concerns Tyson Alualu, it does call into question what may happen. Alualu, entering his fourth season with the Steelers, in the last year of his deal and set to turn 33 in May, could be nearing the end of the road for his NFL career, and Wormley could be his successor.

Their careers, interestingly enough, could be tied together. The Steelers were looking for depth in the 2017 offseason, the year Wormley came out. They were interested in the Michigan product, though they likely would have had to draft him in the second round, or work some kind of trade to get him. But they had already signed Alualu to serve as the number three end.

The former first-round pick from 2010 of the Jacksonville Jaguars has been a valuable and able contributor for the team over the course of the past three seasons, earning a comfortable salary for his role, and playing a few hundred snaps per year along the way in large part due to injury.

But Wormley is in many ways a younger version of Alualu—more than six years younger—and should be an affordable player to retain after this season. If he plays well during the 2020 season, it’s virtually assured that they will look to get him under contract for 2021 and beyond about 11 months from now.

That doesn’t necessarily preclude them from keeping Alualu, either, though it would require re-signing him. It would lower their interest, and their price tag, and the available playing time, however. In the meantime, they have to figure out this offseason where all the pieces—including Isaiah Buggs, and a potential rookie draft pick—fit into the puzzle.