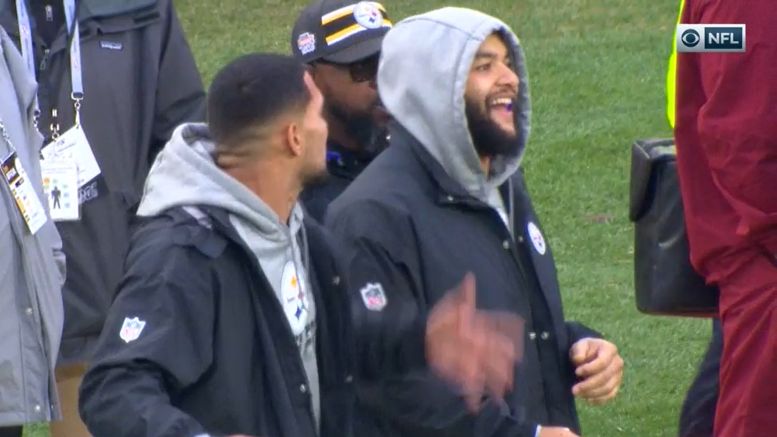 James Conner: After a Pro Bowl season in 2019, Conner’s third year was significantly marred by injury, missing most of the second half due to a shoulder injury that he suffered in what was otherwise his breakout game of the season just after the bye week. When healthy, he looked the part, and there’s no reason he can’t start the season on a good note.

Jaylen Samuels: The second-year runner took a step back in 2019, posting highly inefficient numbers. He did catch a high volume of passes, but again was minimally productive, and did not even supplement that with scoring. It’s not unreasonable to envision a scenario in 2020 in which he does not make the team.

Benny Snell: It’s fair to say that Benny Snell had some growing pains adjusting to the NFL, but if he can make a physical transformation similar to what Conner did in his first season to his second, he could be an enticing player. He showed potential as a runner and even as a pass protector, as well as showing the ability to be a volume carrier.

Trey Edmunds: The oldest Edmunds brother, he hasn’t made the initial 53-man roster in either of the past two seasons, but has eventually ended up there. I wouldn’t count on that happening a third season in a row, though he may stick around on the practice squad.

Kerrith Whyte: An interesting flash in the pan during the second half of the season, the Steelers want to see if Whyte can offer more than that. His speed is something unique within the team’s stable of running backs.

Roosevelt Nix: The oft-forgotten fullback, Nix didn’t spend much time healthy in 2019, and the fullback position was already being diminished in the Steelers’ offense. Still, his position is not under threat due to his special teams abilities. After he was injured, the team very briefly used Edmunds at fullback.

Ralph Webb: Webb spent much of the offseason with the Steelers before being waived injured in August, but he was re-signed to the practice squad in mid-November and remained there for the rest of the year.

Darrin Hall: A Pitt product, Hall signed a futures contract with the team in January, and spent most of the final two months of the season on the practice squad.

This one could go either way, and depends upon how the Steelers are viewing the position on a long-term basis, particularly how they see Conner over the next several seasons. Do they give him another year before toying with making another significant investment at the position? I wouldn’t expect them to sign any backs in free agency, but they may take one in a best player available scenario during the draft. Or they could not draft a running back at all. If Conner is healthy, it is not a need for 2020, and with limited draft picks, you have to think twice about where you are allocating them.