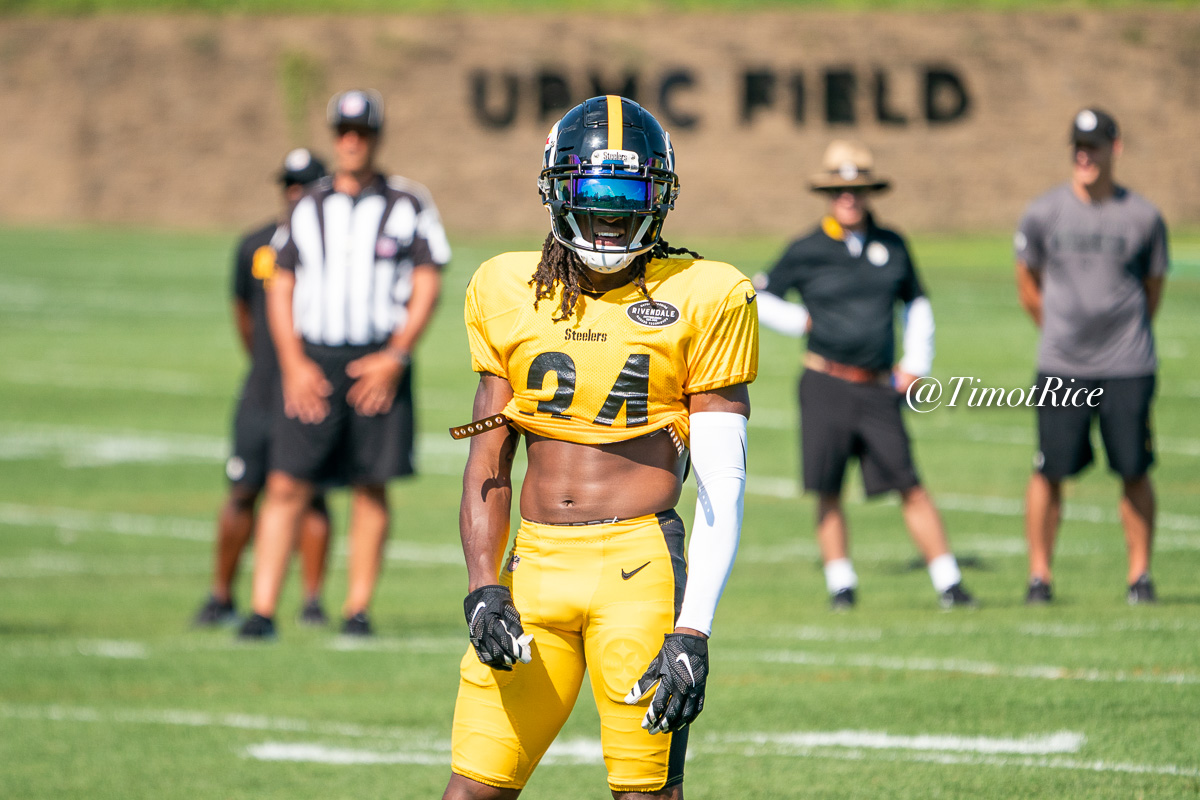 As you can tell by the title, this isn’t exactly going to be a kind article to Terrell Edmunds. And it’s not. We’re taking a critical look at one of the biggest issues in his game. But before getting into all that, I do want to point out Edmunds hasn’t played poorly and though he didn’t progress as much as thought as I would, he still took a step forward in 2019.

Ok, now to the critique.

Through his first two seasons, Edmunds has logged 2022 defensive snaps, most by any Steeler over that span (Joe Haden trails behind, slightly, at 2011). And yet he’s struggled as much as anyone on this unit to take the football away. In 2019, a year where Pittsburgh led the league in turnovers with a gaudy 38, Edmunds wasn’t responsible for a single one. That feels almost impossible given his snap count. Logic says he would luck himself into an interception or even just fall on a loose ball for a fumble recovery. But no. It didn’t happen.

It’s an issue that’s plagued him in both seasons. In his 31 career starts, he has just two takeaways (interceptions, forced fumbles, and fumble recoveries). Both came during his rookie season. A fumble recovery in Week 4 against Baltimore and an interception off a terrible Ryan Fitzpatrick overthrow the week prior. That’s it.

And honestly, that’s pretty amazing when you compare it to NFL history.

Using Pro Football Reference’s data, since 1993 – when they began to track forced fumbles – I looked at all safeties with at least 30 starts with two or fewer career takeaways or potential ones, as is the case with forced fumbles.

And honestly, Ball may not even qualify. It’s possible he forced two fumbles between ’88 and ’92, before PFR tracked it. But because we don’t know, we’ll keep him on the list.

Even if you expand the list to all DBs, so including corners, it doesn’t grow by much.

Funny enough, the Steelers were planning on selecting Jackson III in 2016 until the Cincinnati Bengals snagged him one pick ahead. That still would’ve been a very good choice, especially comparing it to Artie Burns, but it’s humorous to see his name pop up on such a small list.

Let’s be extra fair to Edmunds. All I did was set a floor. Minimum 30 starts. So a safety with 100 starts isn’t going to show up on that list because obviously, with that much playing time, they’re going to have more than two takeaways. So let’s put a cap on those starts. Here are all the safeties with 25-45 career starts since 2015 and their takeaway numbers. They averaged:

That totals seven takeaways. On average. And Edmunds only has a pair. Substantial difference.

Edmunds has shown improvement as a tackler and with overall consistency. Calling him a liabiilty is a stretch. An assessment I don’t agree with. But in an era where it’s harder to play defense than ever before due to rule changes and how nuanced and refined offenses have become, it’s imperative to have players who can take the football away. Especially for your starting safeties who are playing more than anyone else. Literal every-down players. He has as many INTs as his brother, Trey, who is a running back.

Trading for Minkah Fitzpatrick helps mask the issue. Fitzpatrick is a bonafide playmaker and makes Edmunds’ deficiency here more palatable. But it’s still an issue. A defense can never have enough playmakers nor will it ever say they’re taking the ball away too much. As offenses have wised up and started avoiding Fitzpatrick, you need someone like Edmunds to make plays on the ball. And the numbers reflect that. According to our charting, Edmunds was targeted nearly double Fitzpatrick. Edmunds’ QB rating when targeted was essentially worst on the team (139.6), only trailing Kam Kelly. He struggles to find the ball in the air, let alone make a play on it, and it causes him to give up too many catches (70% completion rate when targeted) and too many penalties (tied second in pass interference on the team).

If Edmunds’ turnover-less streak continues, it’ll be increasingly difficult to think he’ll be in their long-term plans. Defenses win with turnovers. Every offense is going to move the ball, every offense puts up points. Defenses win with red zone play, third down efficiency, and turnovers. Stealing a possession. Making that late-game stop. That’s the key. In this era, Edmunds failing to provide that is a problem.

Of course, it’s fair to point out he just finished his second season. He’s still only 22 and if Bud Dupree proved everything, patience is a virtue. Edmunds may turn things around. Luck is an element too. Being in the right place at the right time to capitalize on a bad throw by a QB, a loose ball that takes a fortunate bounce at your feet. I get that.

He’s a young player who’s yet to hit his ceiling, remember he declared a year early, but it’s hard to lean on that excuse too much. Fitzpatrick also finished his second year, got traded mid-season, and still balled out. His football instincts are well ahead of Edmunds, a level he’ll probably never reach. Joe Haden picked off six passes his rookie year. Generally, and yes, there’s always exceptions, you find out pretty quickly if someone is a ballhawk or not. Edmunds isn’t a bad player. Just a bad playmaker. Right now, anyway.

But just like with the defense as a whole last year, I’ll be keeping a close eye on Edmunds’ numbers. His lack of splash plays are historically bad and the #1 area he needs to improve heading into 2020.