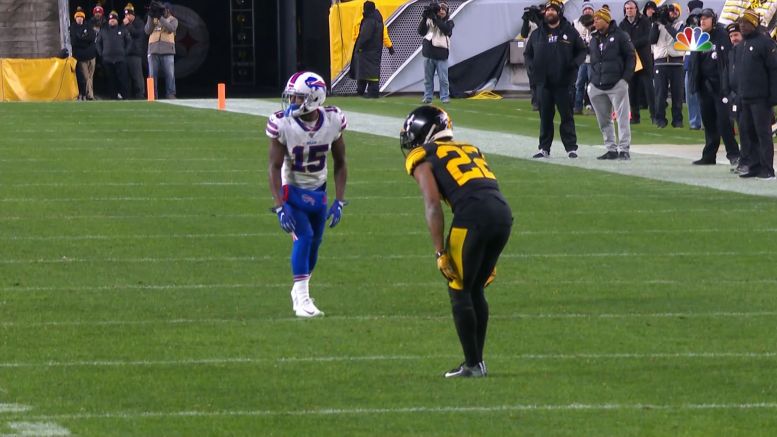 Earlier this week, Bleacher Report stirred up the Stevehive, which is now the official designation for anybody who likes Pittsburgh Steelers cornerback Steven Nelson, when a writer who later admitted he basically forgot Nelson existed suggested that his spot on the team’s defense is still in need of an upgrade.

This was ultimately brought to Nelson’s attention, and he made it pretty clear that he was none too happy about it. He even went so far as to share a Pro Football Focus article that ranked him fairly high among cornerbacks during the 2019 season, though he still felt he should have been higher on that list.

He should be happy about this article from PFF, however, which named him the most valuable addition at the cornerback position for any team in the NFL last season. Steve Palazzolo writes:

Nelson put together a career year in his first season in Pittsburgh, grading at 80.5 overall — good for sixth best in the league during the regular season. He allowed just a 51.5% completion rate into his coverage, good for 12th best, and he played over 1,000 snaps — one of just 10 cornerbacks to do so. While there were other solid free agent and rookie performances at cornerback, none were as consistent as Nelson’s season.

Originally a third-round pick of the Kansas City Chiefs in 2015, Nelson slowly but surely climbed the ladder during his four seasons there, becoming a full-time outside starter in 2018, during which he posted a career-high four interception, catching a takeaway-needy Steelers team’s attention.

For the first time in their history, Pittsburgh’s front office had a deal in place for an outside free agent prior to the official start of free agency, having negotiated the terms of a three-year, $25.5 million deal during the three-day ‘tampering’ window.

It was the biggest contract ever given to an outside unrestricted free agent in franchise history, both in terms of total value and per-year value. The previous high for total value was the five-year, $25 million contract given to Mike Mitchell. The second-highest in per-year averages ended up being fellow 2019 signing Mark Barron, who got two years for $12 million.

Nelson’s first season in Pittsburgh wasn’t very flashy, but that’s not a bad thing for a cornerback. He only allowed about half of the passes in his coverage to be caught, keeping the total under 500 total yards, and depending upon who you ask, he either gave up one touchdown or zero. He also recovered a fumble and intercepted a pass for two takeaways on the year.