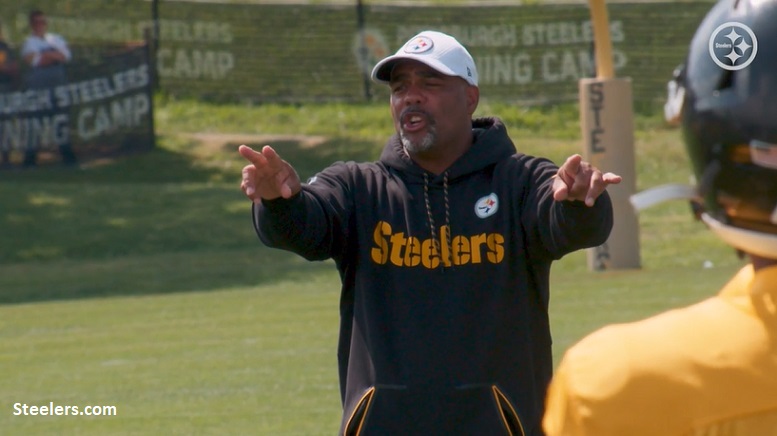 The Pittsburgh Steelers defense was one of the best in the NFL in 2019 as rush and coverage seemingly worked together very well most of the season and especially after the arrival of safety Minkah Fitzpatrick via a Week 3 trade. The Steelers addition last offseason of Teryl Austin as the team’s assistant defensive and secondary coach also is a bit understated and safety Terrell Edmunds said as much during a recent interview with Missi Matthews of steelers.com.

“He’s just smart. An overall good coach,” Edmunds said of Austin, when asked what all he brought to the Steelers in his first year on the coaching staff. “He wants you to go out there and make plays. He wants you to go out there and be the best that you can be on the field. We had a whole lot of different packages. He put a lot of different guys out there because he saw small things in everyone. So, whoever he put out there, he trusted you to go do your job and from there he was just supportive with it.”

The Steelers secondary doesn’t figure to undergo many changes in 2020, assuming everyone stays healthy. That means that defensive backs that played the most of the snaps last season, Edmunds, Fitzpatrick, Steven Nelson, Joe Haden, Mike Hilton and Cameron Sutton, should comprise most of the safety and cornerback depth charts in 2020, along with cornerback Justin Layne, last year’s second of two third-round draft picks who failed to see the field any on defense throughout his rookie season.

One of Austin’s biggest tasks in 2020 will perhaps be to get Edmunds playing much better and contributing a few splash plays, something he’s failed to do in his first two seasons in the NFL. While Edmunds leads the team in total combined tackles over the course of the last two seasons, he’s only recorded seven total passes defensed, seven tackles for loss and one interception in the 32 total games he’s played in.

With such an experienced defensive back group returning in 2020, it will be interesting to see if Austin can get the Steelers secondary to perform at even a higher level than the group did in 2019. If he can, Austin might be tough for the Steelers to retain in 2021 as he might once again receive offers from other NFL teams to be a defensive coordinator once again like he was for the five seasons prior to joining the coaching staff in Pittsburgh.