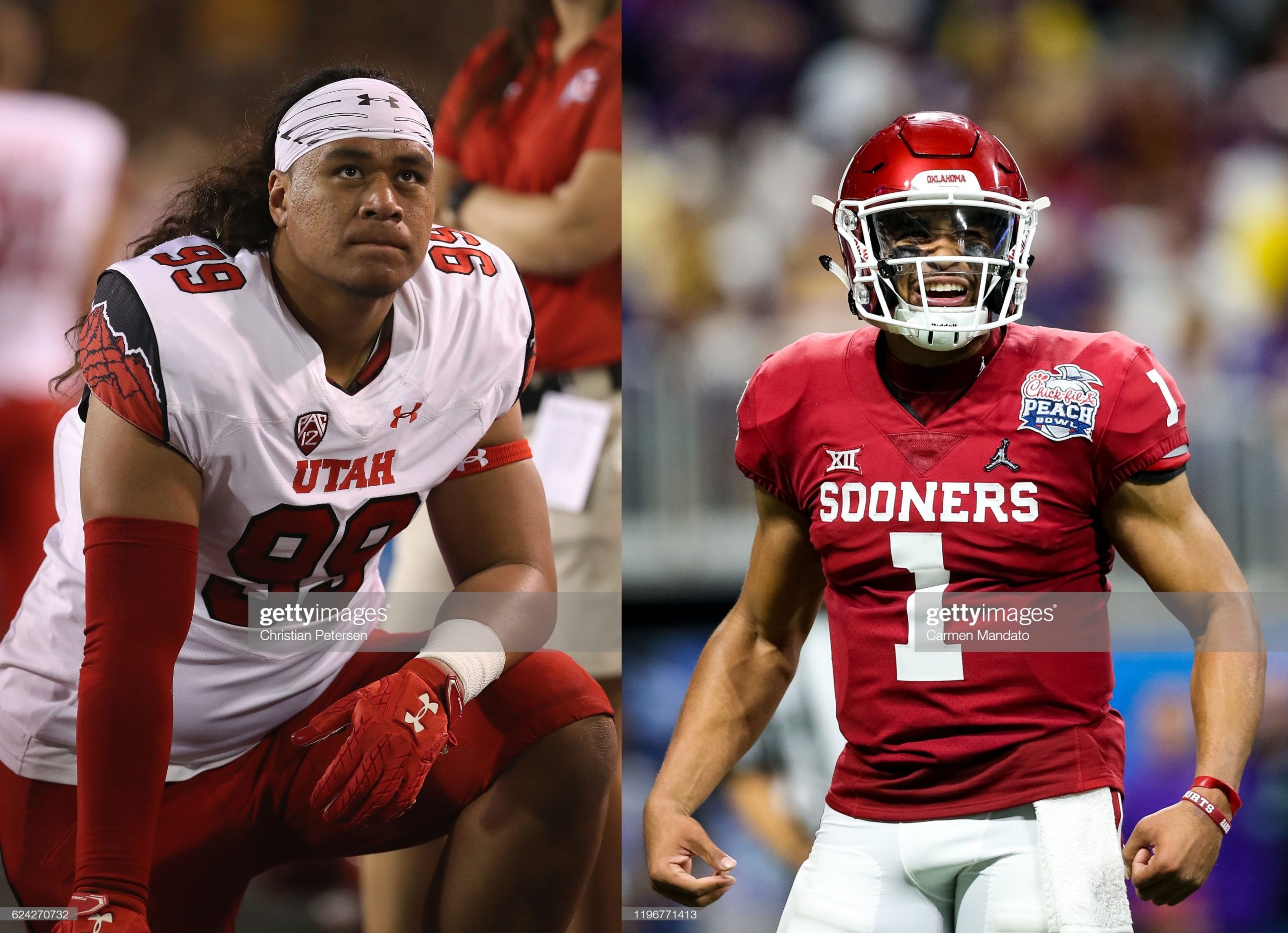 The 2019 NFL season wrapped up Sunday night with Super Bowl LIV and on Monday a few new mock drafts were rolled out across the internet. One of those major mocks that was released Monday came from Chad Reuter of NFL.com and it is a three-rounder complete with compensatory pick projections. Reuter, however, has a few interesting mocked selections when it comes to the Pittsburgh Steelers.

Fotu, who measured in at 2020 Senor Bowl a few weeks ago at 6053, 337-pounds, did not participant in practices or the game due to a calf injury.  In 45 games played i at Utah he registered 85 total tackles, 4.5 sacks, three defensed passes, two forced fumbles, and one fumble recovery. He was far from an every-down defensive player at Utah and never logged more than 60 percent of all defensive snaps in a single season, according to Pro Football Focus.

In reality, Fotu is probably more likely to be drafted in the fourth or fifth round than he is in the second round and thus it’s hard to imagine the Steelers selecting him with their first scheduled selection at 49th overall. While the Steelers might be interested in adding another defensive tackle at some point during this year’s draft with Javon Hargrave likely to leave via free agency in March, it’s hard to imagine them addressing the position in the second round.

Reuter followed up his curious mocking of Fotu to the Steelers in the second round by mocking them Oklahoma quarterback Jalen Hurts to them in the third-round, 104th overall, a projected compensatory draft selection.

Hurts, who measured in at the senior Bowl a few weeks ago at 6010, 218-pounds, started his college career at Alabama originally. He transferred to Oklahoma after the 2018 season as a graduate following him losing the starting quarterback job at Alabama to Tua Tagovailoa.

During his entire college career, Hurts completed 682 of his 1,047 total pass attempts for 9,477 yards with 80 touchdowns and 20 interceptions. Hurts also rushed for another 3,274 yards and 43 touchdowns on 614 total carries during his college career that included him playing in 56 total games.

In all likelihood, Hurts will ultimately be selected in the fourth or fifth round of the 2020 NFL Draft. The Steelers selecting yet another quarterback in this year’s draft just seems very unlikely as we sit here in early February. Hurts lacks size and arm strength and that will likely hurt his draft stock.