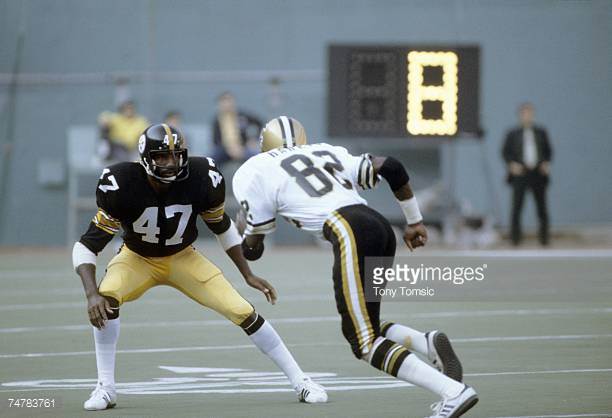 The Pittsburgh Steelers’ 70 dynasty was no doubt one of the best in football history. Arguably the best. But to Mel Blount, the best team of that era didn’t make it to the Super Bowl, let alone win one. That honor goes to the ’76 Steelers, who boasted as dominant a stretch as the NFL has or will ever see.

Blount sat down for a fantastic, half-hour interview with Stan Savran. The entire conversation is worth checking out and I’ll again link it at the end of this post.

“To me, that was the best team that I played on in Pittsburgh,” Blount said. “And I played 14 years in Pittsburgh. So the best team we had never got to the Super Bowl in my opinion. To go back to that season, we won the first game then we lost four in a row.”

With an injured Terry Bradshaw, the Steelers fell to 1-4. That’s when the defense went on its remarkable run. Over the final nine games, they pitched five shutouts, allowed 28 points – total – and won every game to make the playoffs. Blount spoke to their motivation during that stretch.

“I think the defense really came into our own during that time. Because what happened was, we knew we had to play. We had to play at a high level because our quarterback was out. And we were only going to get so much from the offense. I think that year, our confidence level went to an all-time high. When you start playing with confidence, when you have athletes like we had, it’s very easy to do what we did. We shut some people out. We went on a run that was historical.”

Who am I to disagree with a cowboy-hat-wearing, Hall of Fame corner, but I don’t believe, in fact, what they did was easy. It was nothing short of remarkable.

On offense, they used the run game to supply most of their offense in Bradshaw’s absence and even when he returned. But it proved to be their downfall. After multiple injuries to Franco Harris and Rocky Bleier, Pittsburgh stumbled in the AFC Title game, losing to Oakland 24-7.

One thing I didn’t know, as pointed out by Savran in the interview, this was the first game of a team using multiple tight ends instead of a fullback and halfback. You can see their 12 personnel (1 RB, 2 TE) set in this screenshot from that championship game. 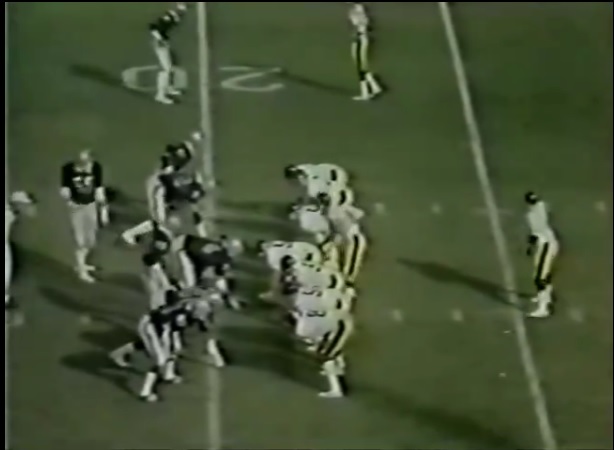 “That was the best team in my opinion Chuck Noll put together. It’s so unfortunate we got the running backs hurt against Baltimore. We couldn’t overcome that.”

Pittsburgh would return to the Super Bowl in ’78 and ’79, winning both, but to Blount, that ’76 squad was one for the ages. Again, here’s the link to the entire, compelling interview. Must watch for any die-hard Steelers’ fan.