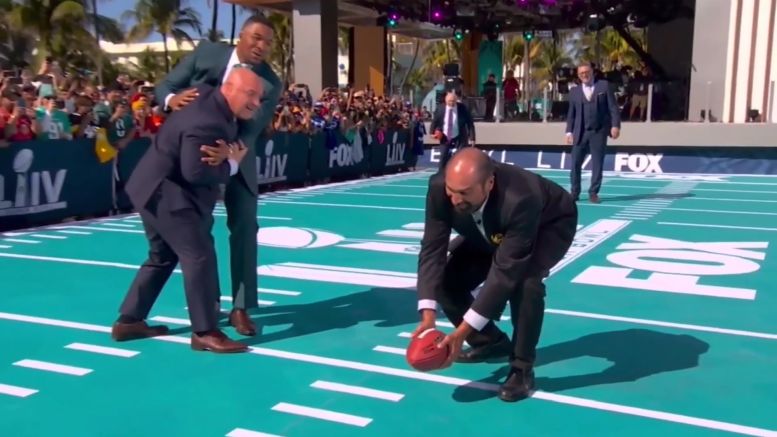 The NFL has been active throughout the past year in promoting its 100th season. From the NFL 100 All-Time team, to the Centennial class of the Pro Football Hall of Fame, to, among other themes, naming the Greatest Moment in NFL History, the Pittsburgh Steelers have been center stage for quite a bit of it.

The Steelers were well-represented in the Centennial class, with Bill Cowher, Donnie Shell, and Troy Polamalu all set to be enshrinees into the Pro Football Hall of Fame later this summer, though many are lamenting that Alan Faneca will have to wait at least another year to join them.

Earlier, through the NFL 100 All-Time Team process, the Steelers were also highly distinguished. While they were significantly short-changed on offense, with only Mike Webster representing, they had Joe Greene, Jack Ham, Jack Lambert, Mel Blount, and Rod Woodson all a part of the defense, while Chuck Noll was among the coaches.

Finally, the NFL revealed its greatest moment in NFL history yesterday as part of its Super Bowl celebrations, and the Immaculate Reception came out on top. While it would be two more years before the Steelers would finally claim their first championship, that win over the Raiders in 1972 was a key turning point in the franchise’s history.

I can’t possibly imagine that I need to summarize the play for anybody reading this. If you don’t know it, then you’re probably just passing through, or pretty much a brand new fan. But it’s easy enough to find on your own. It was an iconic moment, with Franco Harris, the Hall of Fame running back, front and center.

He recently shared his recollections of the play with Stan Savran for the team’s website, which as it turns out, wasn’t incredibly much. He cops to his poor pass protection on the play—it was my rookie year, he said—but he understands it was a special moment.

“I left the backfield, and I remember nothing after that”, he said. “Which is quite strange. I mean, my mind is completely blank. And I try to understand it. When you look at it, as low as the ball was coming back, and how low the ball was—no one catches the ball like that. No one in football catches a ball like that”.

The play is shrouded in frankly artificial mystery and controversy, since many Raiders fans like to argue that Harris illegally touched the ball (based on 1972’s rules), or that he didn’t even catch it at all before it clearly hit the ground. Steelers fans know, however, that it bounced off Jack Tatum, and then Harris scooped it up before it touched turf. The rest was history, in more ways than one.