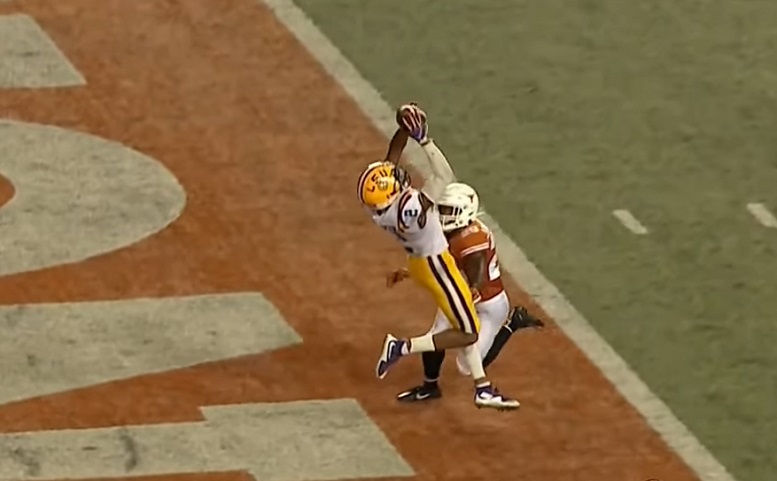 I released my first Pittsburgh Steelers mock draft on Monday and in it I have the team selecting LSU wide receiver Justin Jefferson with their first selection, which right now is in the second-round and 49th overall. On the heels of mocking Jefferson as this year’s first draft selection for the Steelers, I figured I better follow that up with a contextualization of a few games of his from the 2019 season.

In total, I contextualized four of Jefferson’s 2019 games and the ones I chose to do were against Texas, Alabama, Oklahoma and Clemson. In those four games, Jefferson was targeted 49 times in total and he caught 39 of those passes for 575 yards and seven touchdowns.

After contextualizing the targets to Jefferson from these four games, the data shows that his average intended air yards per attempts was a healthy 11.5 yards. His average air yards per reception was 9.0 yards and for a slot wide receiver, that’s a very healthy number.

18 of these 39 receptions by Jefferson in these four games came in the middle of the field and between the hash marks. 16 of his receptions came 10 or more yards past the original line of scrimmage and six came 16 or more yards down the field, which is considered a deep pass in the NFL.

Jefferson averaged 5.8 yards gained after every catch in these four games that I contextualized and for a slot wide receiver, that’s quite a healthy number and especially with a few of his receptions coming in the end zone, or very close to it.

While I did charge Jefferson with three drops on these targets, one is probably arguable because of how high the throw was.