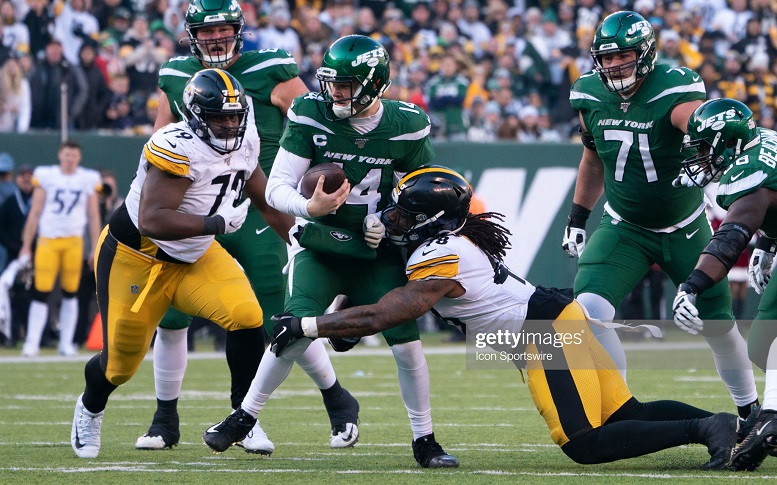 Truly, there is nothing more exciting than scrolling down a list ranking the pending available unrestricted free agents to see where the players from your favorite team might be listed. We talked about lists from Pro Football Focus and Pro Football Talk, previously. Now we have one from the league’s website to add to the mix.

As is predictable, for the Pittsburgh Steelers, both outside linebacker Bud Dupree and defensive tackle Javon Hargrave were included on the list. Dupree, coming off of his fifth season after posting career-best numbers, is widely expected to be retained, but the four-year veteran Hargrave is equally strongly anticipated to find a more lucrative offer in free agency.

Dupree checked in at number 21 on NFL.com’s list, which is the highest that I have seen him featured on any of these lists, this one being compiled by Gregg Rosenthal and Chris Wesseling. Of the former first-round pick, they write:

Hargrave wasn’t too far behind, though he did not manage to crack the top 25 on the 101-player list. Still, he ultimately checked in at number 31, which if I recall correctly is the highest placement that he has had. His blurb reads, “Hargrave is not just a run-stuffing nose tackle. He improved every season in Pittsburgh and creates a lot of disruption as a pass rusher for a man his size. He can also fit in any defense”.

He fits a 4-3 defense better than a 3-4, simply because he would be able to get a lot more playing time. While he has really stepped up his game over the past two years (with over 10 sacks in that span, and one of the highest pressure rates among defensive tackles last season), heh simply is not on the field enough for the Steelers to justify paying him $10 million or more per season.

Of course, Dupree is not as good of a 3-4 outside linebacker as Hargrave is a 3-4 defensive tackle, but in the era in which we play, the former is radically more important. So Dupree is expected, at a minimum, to be given the franchise tag, which would pay him over $16 million for the season. The team recently said that they plan for him to be a Steeler for life.