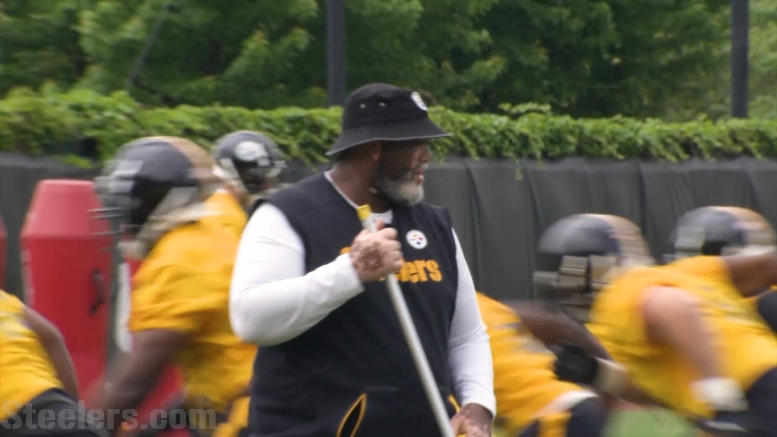 Question: What is the best coaching move, whether hiring or firing, or sticking with a coach, that Mike Tomlin has made in recent years?

It was typically the case over the course of most of his first decade with the Steelers that Tomlin would not fiddle much with his coaching staff. In recent years, however, we have seen multiple moves every offseason, many of them voluntary decisions rather than moves that have been forced upon him.

With one pending decision left to be made this offseason—the fulfilment of the wide receiver coach position—I thought it would be a fun exercise to look back at some of the recent staffing decisions that Tomlin has made during the past few years and try to evaluate them.

For me, the best move that he made was hiring Karl Dunbar as the defensive line coach. No single coach had a longer tenure with the team than John Mitchell, but it does seem as though the defensive line has responded well to Dunbar, who actually is something of a protégé of his.

One also can’t ignore the fact that the outside linebackers had their best season in years in 2019 after letting Joey Porter go—even if T.J. Watt was already having a very good season the year before. Still, I have a feeling that many will take note of this and mention it in the comments.