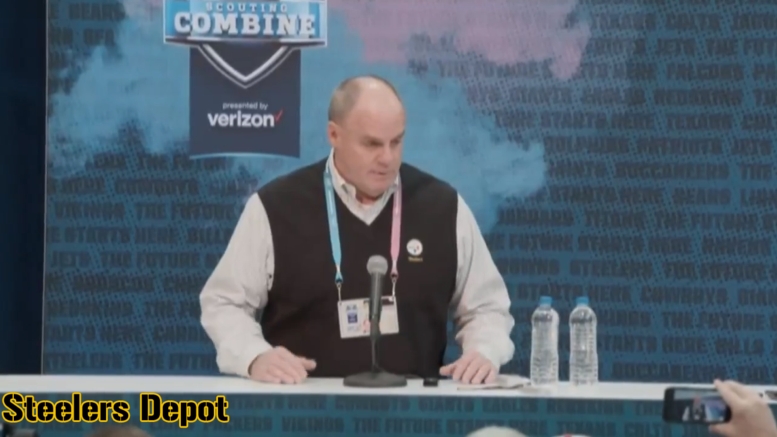 Question: What do you want to hear from Kevin Colbert when he speaks at the Combine next week?

The period of the offseason from the time after the playoffs until free agency starts is just a slow drip of information, periodically, and in between the drops of water are endless lists, ranks, and mock drafts. And yet it works, because the game is popular enough to sustain that for a 365-day-a-year industry.

While there are a couple of highlights, for example, when Art Rooney II speaks to reporters, the first real meaningful event is the NFL Scouting Combine, held in late February, during which general manager Kevin Colbert answers questions from the media in a public forum, the first time any team representative does so.

In such a venue, there are different opportunities that present themselves, perhaps to ask different questions. Of course, we don’t have the good fortune of being invited to attend. But if you were in the audience, and you had the opportunities to have Colbert field your questions, what would you ask him?

By then, Ben Roethlisberger should have had his checkup. However, if we hear anything on that subject, it will likely be limited to simply whether or not he was authorized to advance to ‘light throwing’. We’ve already heard about their plans for Bud Dupree. We haven’t heard anything about just about any other free agent. We haven’t heard any of them comment on the CBA. I’d like to know their thoughts on that, for one thing.