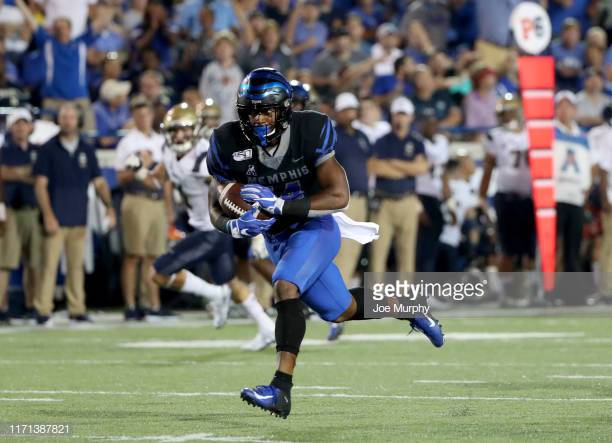 My thoughts and reaction from a busy Day One at the 2020 NFL Combine that saw the quarterbacks, wide receivers, and tight ends work out.

– Not a ton of reaction here because we know it’s basically the one position the Pittsburgh Steelers won’t invest in. There’s no doubt someone like Washington’s Jacob Eason has a massive arm. Jordan Love continues to show velocity and ability to spin the football. You’d expect those two to perform well in an on-air setting like this and they did.

– Hawaii’s Cole McDonald has a funky windup with the ball dropping too far down and away. Worry about his risk for fumbling from turnover-hungry edge rushers once the pocket muddies up. His accuracy on the deep ball is questionable too. Trying to watch him throw seven/corner routes, one throw took the WR five yards out of bounds while the next was way too far to the field/inside shoulder, forcing the WR to turn back for the ball and tumble to the ground.

– Overall, the QBs ran well, a sign of the college game where every passer needs at least some level of mobility. Seven of the 13 ran sub 4.75, ten under 4.9 and all but two a sub 5.0. McDonald topped the field at 4.58 with Jalen Hurts, who reportedly impressed in the interview room (that shouldn’t come as a surprise) right behind him at 4.59. QBs basically ran better than the tight ends.

– The top two, Joe Burrow and Tua Tagovailoa, didn’t work out. Burrow doesn’t have much incentive while Tua needed clean medical reports, which he seemed to get.

– One of the draft’s deepest positions. Henry Ruggs didn’t steal John Ross’ record but he ran the most “disappointing” 4.27 you’ll ever see. Crazy, crazy fast.

– But he wasn’t the only fast wideout. One guy I need to go watch after watching his workout is Southern Miss’ Quez Watkins. 4.35 40 and caught the ball well in drills. Natural hands who plucked away from his body in the gauntlet. 36.5 inch vert and 10’5″ in the broad are really good for his 6’0, 185 pound frame.

– TCU’s Jalen Reagor didn’t run the 40 time most expected, barely staying in the 4.4’s (4.47 official) but it’s important to point out he weighed in about 11 pounds heavier than what his college bio listed him. Probably no need to play at 206 pounds. Sorta a weird choice for him. Still, he absolutely crushed the vert (42 inches) and broad (11’6″) though his three cone was an ugly 7.31. The Steelers seemed interested, having a formal meeting with him earlier in the week.

– Reagor’s numbers would’ve topped everyone had it not been for Michigan’s Donovan Peoples-Jones. At 6’1/5 212 pounds, he ran a 4.48 with a 44.5 inch vert and 11’7″ broad. Remarkable numbers. Also looked as pretty in the gauntlet as you can ask for.

The question is how does a guy with those triangle numbers have such low production in college, never catching more than 47 passes or 625 yards in a season. Sure, his QB play wasn’t great but still, you’d expect that skillset to dominate. That creates some cause for concern but still, yesterday was an awesome day for a player teeming with upside.

– Has there been any receiver who’s helped their stock more since the Senior Bowl than Baylor’s Denzel Mims? I’ve been talking him up for awhile but I’ll admit, I didn’t expect him to run a 4.38. Thought he was going to be in the low 4.5’s. But he’s a long strider and jump ball warrior on tape with great size, physicality, and nasty demeanor. DK Metcalf minus the three cone debate (Mims’ three cone was a mind-blowing 6.66, best of the position). Loves to block as much as he does catching the ball with the production to back it up. 1020 yards and 12 TDs in 2019.

He’s worth taking in the first round and if he somehow falls to Pittsburgh at #49, even if it isn’t a need, it’s hard to pass up talent like that.

– Dave Bryan had LSU’s Justin Jefferson going to Pittsburgh in his first mock. It’ll probably be hard to include him again after he ran a blazing 4.44. But someone the Steelers should strongly consider if he somehow slips due to a deep WR class. Slot threat with size and speed.

– I’m not crazy about entertaining the idea of taking a RB but Memphis’ Antonio Gibson is much more than that. He actually worked out with the receivers but he’s a hybrid who I actually like better as a RB – he fights the ball a bit as a receiver – at the next level. But he can play all over plus help in the return game. He’s what Jaylen Samuels needs to be. A playmaker, someone who can win in open grass, and be a chess piece and matchup nightmare. At 228 pounds, Gibson ran a 4.39 40. There’s plenty of projection with him, just one year of playing time, but I like his game.

– Texas A&M’s Quartney Davis will suffer from too many drops but he looked smooth and natural in drills yesterday. He ran the gauntlet in a straight line unlike a lot of guys who bob and weave to the football as they go through the drill. Davis has special teams value on the coverage team, which will give him an edge on Day 3. 4.54 40 time for his size (6’1 201) is respectable too.

– Ohio State’s KJ Hill proving himself to be a slot receiver. More quick than fast. 4.6 time tells you that. Workout numbers were below average but the tape is still good. Just don’t expect him to ever be your #1.

– Don’t mind the NFL introducing new drills this year but the goal line fades were kind of a mess. Not understanding why they don’t, ya know, actually run them in the end zone, instead of setting up cones, and QBs threw the ball all over the map. Just didn’t feel very productive or instructional.

– I still like Tennessee’s Jauan Jennings and knew he wouldn’t run well but man, dipping into the 4.7’s (4.72) along with a 29 inch vert is fighting a lot of history. Of all receivers who ran 4.7+ at the Combine since 2000, only two have ever had real NFL success. Anquan Boldin and Devin Funchess (and there’s a clear dropoff between the two). Do believe he’s worth a Day 3 flier for his size/YAC ability.

– Hard to find a worse vert than Rhode Island’s Aaron Parker, who jumped just 26.5 inches. There will be several offensive linemen who top that.

– It’s pretty obvious this isn’t exactly the best tight end class the draft has ever seen. But there were still impressive workouts. Starting off with Missouri’s Albert Okwuegbunam, whose last name we’re going to have to learn to pronounce after the 4.49 he ran. Nearly two-tenths better than the next TE. Concerns he’s straight-linish and not as fast as he timed but in a weaker class, this number is eye-catching.

– My favorite TE in this class is Purdue’s Brycen Hopkins. His workout was…ok. Not terrible, not great. 4.66 40 was timed for the second fastest of the class with average explosion numbers (33.5 vert, 9’8″ broad). Thought he looked more comfortable as a blocker on the sleds than a lot of the other guys and he’s certainly coachable given his dad, who he’s training with, is a former Pro Bowl NFL tackle.

– Adam Trautman’s 4.80 40 time won’t wow but no one should have expected him to run that fast. Just watching him get out of his breaks in drills, you can tell he’s faster than that singular time. His impressive three cone of 6.78 backs that up.

– Some guys who struggled. Vandy’s Jared Pinkney ran a 4.96 40 which simply isn’t going to cut it at this level. He has good hands and can catch in traffic. That’s about it. Struggled out of his breaks on dig routes to explode. Lot of effort and chopping down before changing directions. Of the 39 TEs who’ve run 4.95+ at the Combine since 2000, only 11 were drafted, no one higher than the 4th round, and only seven prior to the 7th round.

No one had a worse day than USF’s Mitchell Wilcox who didn’t test well (4.88 40, 31 inch vert, 7.37 three cone) and dropped more passes than anyone else at Indy. Also looked the wrong way and took one off the dome.

– To no one’s surprise, most of the tight ends struggled on the blocking sled, which was a new addition to drills instead of just a player holding a bag. Hunter Bryant, Albert O struggled with their hand placement while Wilcox and Charlie Woerner (who otherwise had a good day) popped up too high on contact. Woerner nearly flipped the sled over which, hey, I guess shows some of that raw strength. Sled just didn’t move anywhere.

– Two potential blocking sleepers I need to go watch? Tennessee’s Dom Wood-Anderson, who has a huge lower half and overall size (6’3/5 261) and Virginia Tech’s Dalton Keene (6’4, 253). Keene caught the ball really cleanly. Wood-Anderson looked like the best blocker, staying low and driving his feet the whole way through.