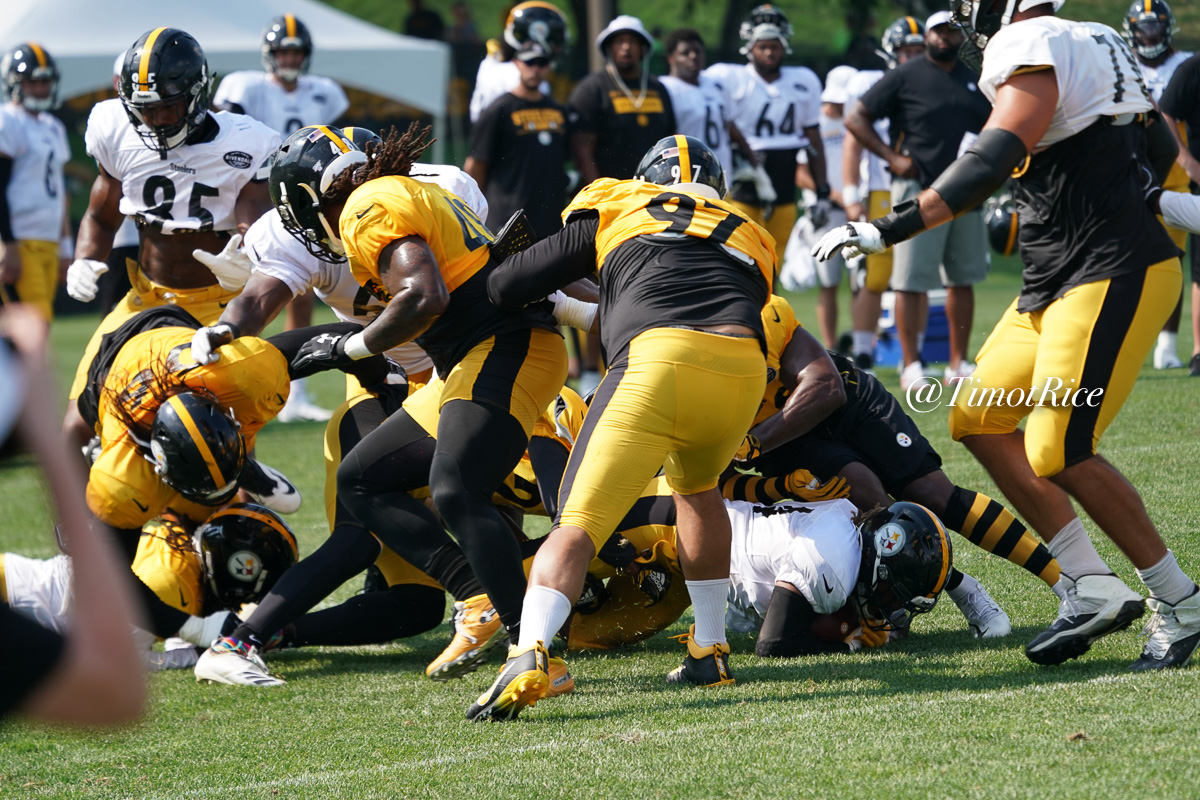 What is there to say about a Jordan Dangerfield season? He rarely takes the field on defense, only for a snap or two here and there, and typically due to an injury. In 2018, he briefly held a very minor role, replacing a cornerback in the 3-4 defense to counter opposing formations with one or zero wide receivers, but they didn’t run that look in 2019.

In fact, he was passed over on the depth chart by a newcomer, Kameron Kelly, who was an undrafted free agent the year before and then had some success in the AAF. Dangerfield did make the roster as the fourth and final safety, where he was relegated to playing on special teams.

He did finish the season with 13 tackles, including one tackle for loss during his very brief playing time of six defensive snaps. The rest came on special teams and the majority of them were assists. He also managed to register a quarterback hit in his incredibly brief defensive playing time. He also forced a fumble on special teams, though the Steelers did not recover it. They did have two special teams takeaways, and had an assisted tackle when Ola Adeniyi forced a fumble.

The third in a series of former undrafted free agents who had been released multiple times and did not make the 53-man roster during their rookie seasons, safety Jordan Dangerfield had a wait longer than any, first coming out of college in 2014. He did make the roster in 2016, and then was relegated to the practice squad in 2017, but has remained on the 53 for the past two years, over which course of time he picked up his second and third accrued seasons.

That brings him to the point at which he is now a restricted free agent—at least under the old collective bargaining agreement, which is still current. Given that even an original round restricted free agent tender costs over $2 million, it’s safe to say that the Steelers will not be taking this route with Dangerfield.

A career backup though he has started two games in the past, Dangerfield’s value is on special teams, where he has logged a considerable number of snaps over the course of the past two seasons. He has not distinguished himself in this area so much that he would draw a market, however.

It is probably a safe bet that Dangerfield will not be scooped up by another team in free agency, and they should be able to retain him for a veteran-minimum salary. Given their lack of depth at safety, it would be surprising if they were to decide simply to move on, because the only other backup they have is Marcus Allen.