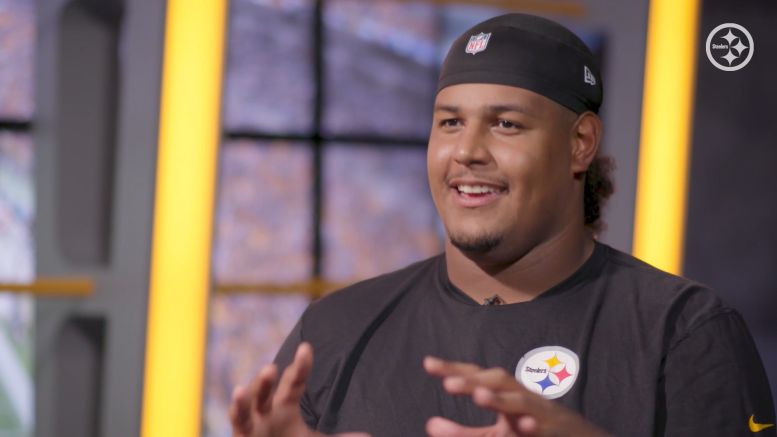 Zach Banner claims that head coach Mike Tomlin asked him at some point during the middle of the 2018 season what he would have to do to turn him into a franchise left tackle, whether that would ultimately be with the Steelers or with another team.

Messages like that helped to keep him motivated, and he took his game to the next level in 2019. While he did not earn a starting job, the right tackle position retained by Matt Feiler, who started 10 games the year before, he did lock down the tackle-eligible tight end job, and in that capacity logged some 200 snaps.

He didn’t simply play the tackle-eligible role, however. He also played it well. It was perhaps the best ‘season’ for a tackle-eligible that the Steelers have had yet, since they started really utilizing that job beginning with Mike Adams and Kelvin Beachum, later Chris Hubbard and then Chukwuma Okorafor.

Banner showed enough that the team decided he would be the one that they dress on Sundays as the swing tackle in case either of their starting tackles were to go down with an injury. That was a significant sign of trust in his development.

Yet when the team did need (or actually create) a spot starter at right tackle, temporarily moving Feiler to left guard due to injury, the Steelers started Okorafor, ostensibly making that decision because they wanted to preserve Banner for the tackle-eligible role, even though it’s something Okorafor had also done.

It’s hard to say right now what the 2020 season will hold. I could foresee anything from him maintaining his current role (the gameday roster will likely now allow teams to dress eight linemen instead of seven) to being the starting right tackle, should the dominoes fall in his favor.