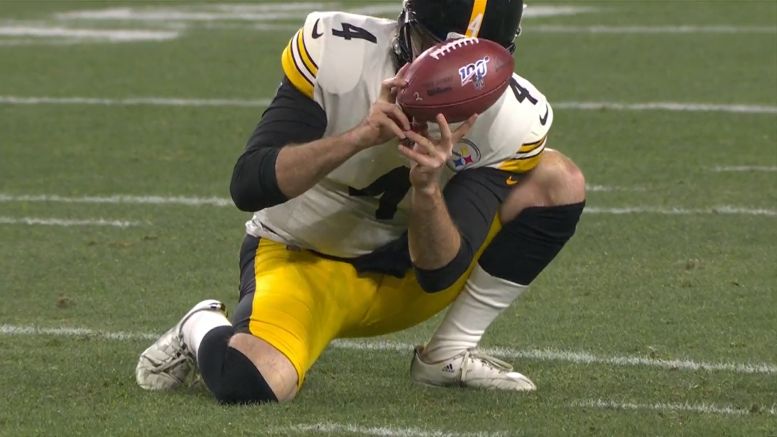 For much of the 2019 season, it actually looked as though Jordan Berry was having the best year of his career. In actuality, he was. In fact, through the first 11 games, he was averaging 46.3 yards per punt on gross average, but he finished the final five games with three of his worst of the year, which lowered his average by nearly a yard.

Even still, Berry did finish with the highest net average of his career at 40.9 yards per punt. That is the best in Steelers history. But the Steelers don’t have the best history of punters in the league, and the fact of the matter is that the punting position has evolved dramatically over the course of the past decade, dramatically raising the standard in the same way kickers are judged differently today.

And the biggest thing is, situationally, this should have been Berry’s best season. The Steelers’ offense was terrible last year, meaning that they were punting more frequently from deep in their own end. Thus, Berry had a wider swath of the field to target.

The problem is, he doesn’t have a big leg that can generate enough hangtime, let alone distance. He’s more of a placement punter, and Danny Smith has largely played it safe with him, the name of the game being to limit returns. They still has 29 punts returned, 12th-most in the league for the eighth-most return yards.

Oh, and he also got tackled on a fake punt and fumbled a bobbled snap that was recovered by the opposing team for a touchdown. And he mishandled a snap that resulted in a missed field goal.