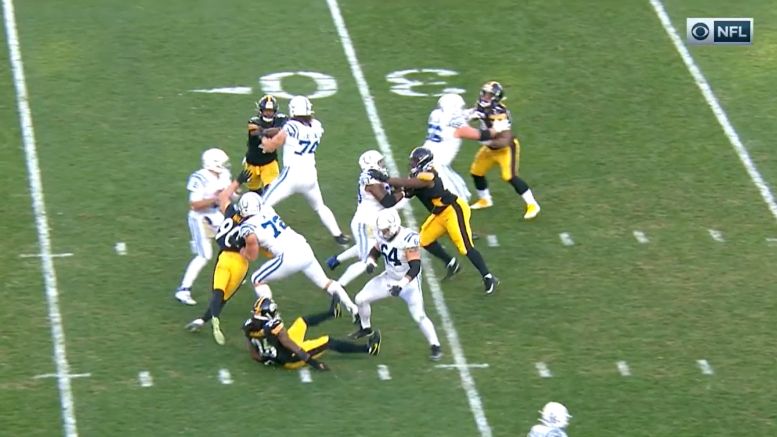 For many years, the Pittsburgh Steelers’ success for failure lay totally on the shoulders of Ben Roethlisberger and what he could muster up with his offensive weapons, behind an eventually strong offensive line. We saw basically the exact opposite last year, with the defense doing most of the heavy lifting and making more impact plays than anybody else in the league.

That was because Roethlisberger was sidelined for almost 15 games, of course, but is expected to return in 2020. Assuming that he does, will the defense be there to match his group? Guys like T.J. Watt will be left to determine the logistics of just that. During his interview with Missi Matthews for the team’s website, he was optimistic about the defense’s future.

“Defensively, I feel like we took a lot of steps in the right direction, forcing the takeaways, we did a lot of things that we set out to do this year”, he said; however, he would not sugarcoat things, either. “It wasn’t enough, and I think that’s what’s so humbling about the game of football”, he went on. “It’s never truly gonna be enough, and I’m never gonna be satisfied. So here we are having this conversation while other people are getting prepared for games, and that’s always a crappy feeling”.

That crappy feeling is the same one we all share watching eight teams prepare to play games this upcoming weekend, with none of them being the Steelers. As a matter of fact, Watt has only experienced just one playoff game so far in his three-year career, which they of course lost.

Still, that doesn’t take away the journey that was the 2019 season, which in many ways was one of the most exciting and enjoyable in years, at least for many people. And as many as he may have been reluctant to say it, Watt shared that sentiment.

“I hate saying I had so much fun because of how the season ended and the record and not making the playoffs”, he said, “but I did, I had a lot of fun with this team and the amount of adversity and obstacles we are able to overcome as a team”.

The defense stepped up in a major way, producing the most sacks and the most takeaways in the NFL, the first team in league history since sacks became an official statistic to lead the league in both statistics in the same season. They are also one of few teams to top 50 sacks in three consecutive seasons. I’m not sure how many have led the league in sacks in three consecutive years, but they are one of them now.

The question is, can they retain that dynamic in 2020, or was it a flash in the pan? They have some exciting pieces like Minkah Fizpatrick and Devin Bush to look forward to to complement Watt, and Stephon Tuitt should be returning, but sometimes you just never know how everything is put together in the end.