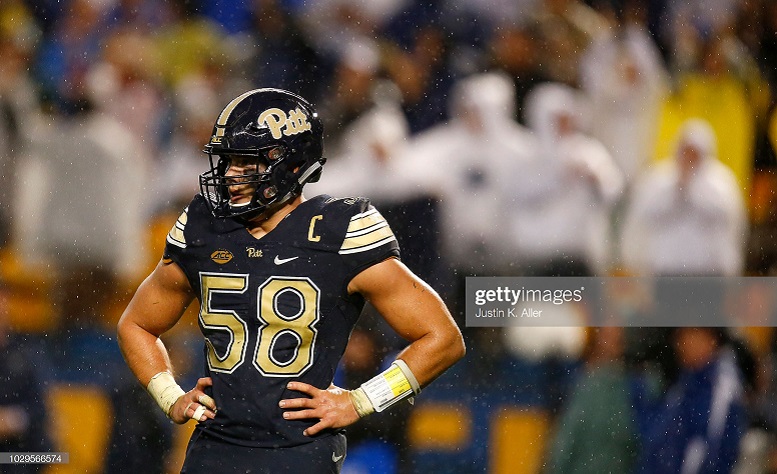 The Pittsburgh Steelers worked out and ultimately signed several free agents to Reserve/Future contracts this past week. A few of those players that weren’t signed by the Steelers following Wednesday workouts were linebacker Quintin Wirginis and safety Austin Exford, according to NFL insider Howard Balzer.

Wirginis, who played collegiately at Pittsburgh, is still looking for his big break after going undrafted this past season following his 2018 season being shortened by a season-ending knee injury. He registered 91 total tackles, seven sacks and two pass breakups during his college career that included him playing 45 games.

At this 2019 pro day this past March, Wirginis reportedly measured in at 6023, 243-pounds while still rehabbing his surgically repaired knee.

Exford, who entered the NFL originally this season with the Houston Texans as an undrafted free agent out of Appalachian State, registered 102 total tackled, one interception, one forced fumble, one sack and five pass breakup in the 42 games he played in in college. He reportedly measured in at his 2019 pro day at 6000, 206-pounds and ran his 40-yard-dash in 4.48-seconds.

During the 2019 preseason, Exford played in all four games for the Texans and registered eight total tackles. He opened the season on the Texans practice squad but was released from that unit in late September.