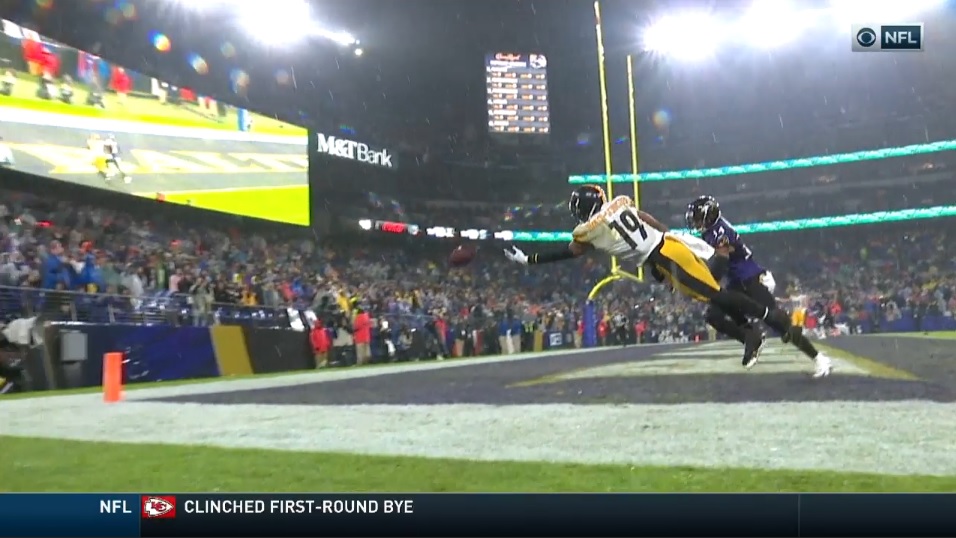 Chalk this article up as another edition of “the Pittsburgh Steelers’ offense was really bad in 2019″ that yes, is a little low-hanging fruit and certainly obvious to anyone who suffered through watching this group during the year. But it’s always worth pointing out exactly how bad they were, especially in the areas where their offense was literally the worst.

Take their red zone offense. They ended the season dead last in football, finding the end zone on just 35% of their trips. No other team was under 40%. Don’t view this as them just being dead last either. It’s one of the worst figures of the decade. It’s the lowest mark since the 2012 Arizona Cardinals and a bottom five output since 2010. Here’s the list.

Digesting those numbers is only tougher knowing how good the offense was a year ago. #1 in football, 73%, the best since the 2003 Kansas City Chiefs. Yes – duh – there was one key player missing to keep those good times rolling. No one expected this offense to sing the same tune once Ben Roethlisberger was lost for the year. But this offense wasn’t just playing off key. They pushed the piano down a flight of stairs, an offense that was noisy in the worst way and ended the season broken and unrecognizable.

That’s something that shouldn’t be acceptable. Fewer red zone trips? Yeah, that was going to happen when you’re “led” by Mason Rudolph and Devlin Hodges. A worse red zone percentage? Of course. Even with Roethlisberger, hitting 73% again was unrealistic; regression to the mean was going to win out. But the bottom falling out of this group, to that extent, shouldn’t be given a pass *just* because of the QB situation.

Look around the league. There were lots of bad offenses in football this year. Miami bumbled around for half the year before finding their footing late. Their red zone offense ranked 14th. The Jets started “Madden Create-A-Players” in Luke Falk and Trevor Siemian; they came in 28th. Cincinnati played musical QBs, didn’t have AJ Green all year, and ranked 23rd while Washington’s lifeless group came in only slightly below average.

Red zone play shows the mark of good coaching as much as anywhere on the field. Scheming and designing plays to create space when there isn’t much to begin with. Having “go-to” plays for those critical moments, the things your weekly gameplan revolves around. No one practices red zone moments like Pittsburgh, starting each day of training camp with “Seven Shots,” so to see these results is simply inexcusable.

Ultimately, it’s all spilled milk and Roethlisberger’s return is an easy band-aid to this problem. Randy Fichtner will need to get this group back on track inside the 20s. Asking for them to finish #1 in football is a bit of a stretch, though setting your goals high is never a bad idea, but offensive efficiency coupled with this elite defense will get the Steelers back in the playoffs come 2020.