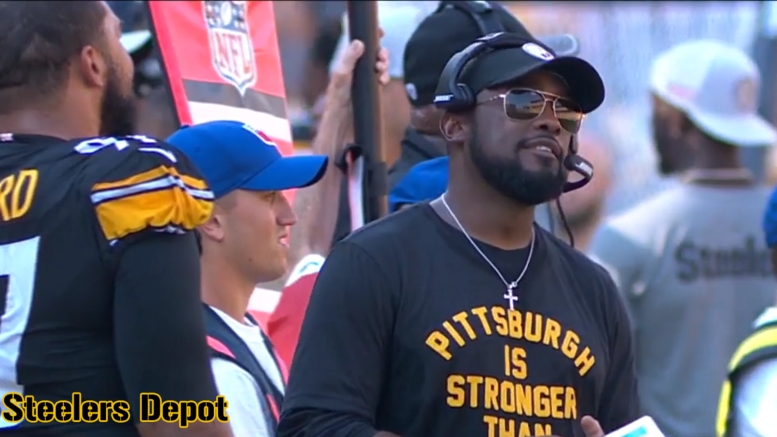 Even though the Pittsburgh Steelers haven’t been to the playoffs in now two years, haven’t been to a Super Bowl since 2010, it’s impossible to deny that they were still among the best teams in the NFL over the course of the past decade, which has now just concluded days ago.

The question is where exactly to rank them. You would have a tendency to want to favor teams who have won the Super Bowl, and that naturally vaults the New England Patriots to the very top. They are the team of the decade for the second consecutive decade, and it was unfortunately not close.

But where does everybody fit in after that? Do the Steelers have a good argument for being right next in line? At least in winning percentage, they do. With their loss in the 2019 regular season finale, they fell to just a half-game behind the Green Bay Packers for the second-best record of the 2010s, behind the Patriots at number one.

That’s not good enough for Marc Sessler, who ranked Pittsburgh as the fifth-best team in the NFL of the past decade. With the Patriots on top, he placed the Seattle Seahawks second, followed by the Packers, and then the Baltimore Ravens, who of course have finished off on a strong note with the best regular season of the franchise’s history, and perhaps the favorite to win the Super Bowl. Sessler writes:

Full disclosure: Lifelong Cleveland fan here. I view Pittsburgh as everything the Browns are not. Like Baltimore, the Steelers are ultra-consistent; armed with a powerful organizational vision; able to identify and nurture talent; stocked with sensible folk who ignore the impulse to fire the head coach every 400 days. This proud organization has been a constant nuisance to enemies all decade thanks to Ben Roethlisberger and a cast of starry side-pieces that — today — have mostly left the building. Mike Tomlin won’t be swayed, though, coaching up whoever remains. For all the success, though, Pittsburgh has experienced plenty of first-world problems in January, falling to the Packers in Super Bowl XLV and turning to dust against New England roughly 47 times when it mattered most.

Over the course of the decade, the Steelers won 102 games, with 57 losses and a tie. They ultimately went 5-6 in the postseason, including a 2-1 record in 2010 when they made their most recent trip to the Super Bowl. Their last playoff win was in 2016, advancing to the AFC Championship game.

They went 13-3 the following year and earned a playoff bye, but were knocked out in their first by the Jacksonville Jaguars, who hadn’t even been to the postseason since 2007 prior to that. They have now missed the playoffs in consecutive seasons.

In all, they have won four division titles in the decade, with six playoff appearances. The one thing in common among the teams ranked ahead of Pittsburgh? They won more playoff games.