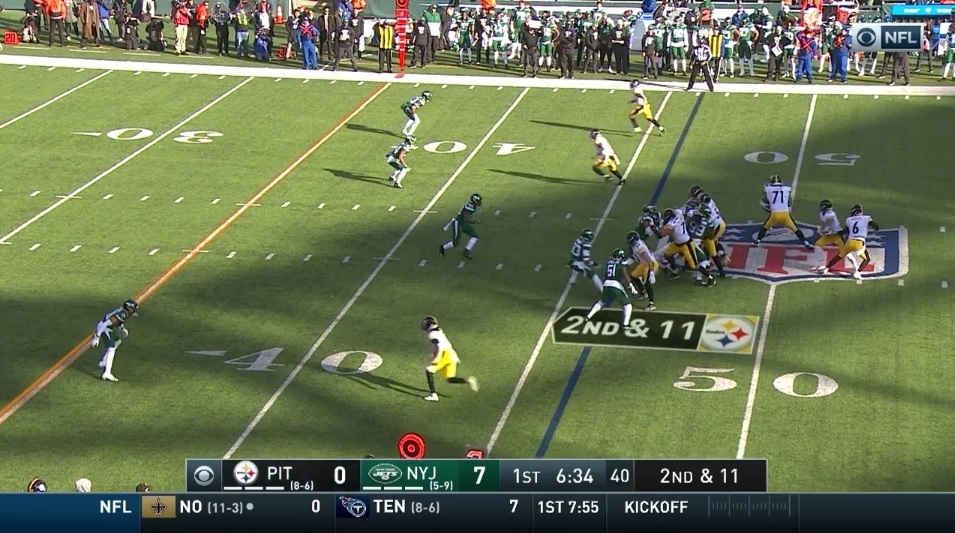 It’s become something of a cardinal sin for an NFL offense to run the ball on 2nd and 10. A low-efficiency play that too often sets up 3rd and long. So if it’s a sin, send Randy Fichtner to confession. According to this chart, the Pittsburgh Steelers had the 5th highest run rate on 2nd and 10+.

Had a feeling the Vikings called an abnormally high number of run plays on 2nd and 10+, and what do you know, they do! And it's not smart! pic.twitter.com/79Cd2PvNOz

As you can tell, they were among the NFL’s least efficient too. Only the New York Giants and New York Jets had worse success rates than Pittsburgh. They’re also two of the few teams who ran the ball more than the Steelers, exposing their old-school nature and inability to change with the times.

In the Steelers’ defense, their quarterback play was terrible and they clearly wanted to throw the ball as little as possible. There weren’t any good answers. Drop back and throw with QBs clearly struggling and in over their head or play it safe and run the ball. Of course, their lack of efficiency created far too many third and longs, putting additional pressure on that poor quarterback play.

The numbers back that assertion up. The Steelers’ ranked in the bottom ten in yards to go on third down, on averaging facing 3rd and 6. It produced a third down offense that predictably finished in the basement, rooming with other lifeless offenses like Washington, Jacksonville, and Carolina.

The teams who ran the ball the least on 2nd and 10+ all had more potent offenses. New England, Tampa Bay, Kansas City, and Houston. All teams which had better quarterback play, that’s fair to point out, but a coaching staff who realized the data and the perils of running to set up third and long.

Just like we wrote about the Steelers’ red zone offense, these are numbers that should shift upon Ben Roethlisberger’s return, but the offense going into a shell did an already struggling group no favors.