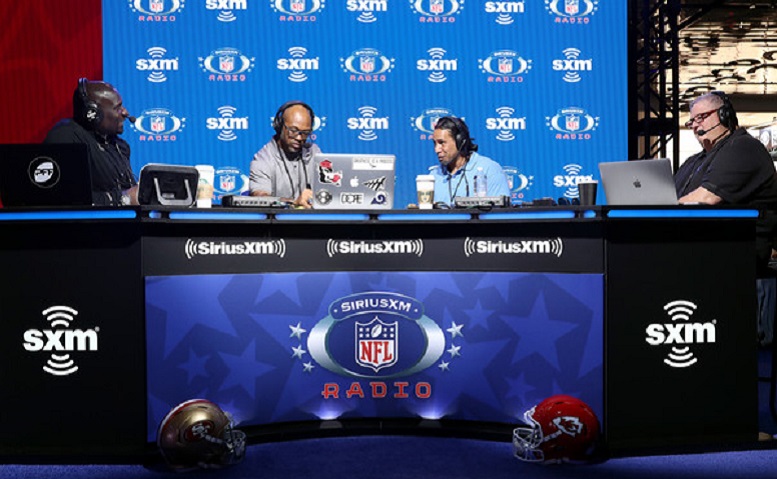 Former Pittsburgh Steelers safety Troy Polamalu had quite a busy Friday on radio row at the Super Bowl in Miami as he gave numerous interviews ahead of him finding out on Saturday if he’ll be elected into the Pro Football Hall of Fame as a modern-era member of the class of 2020. That busy Friday included Polamalu having a very entertaining interview on SiriusXM NFL Radio with Solomon Wilcots, Torry Holt and Charlie Weis.

At one point during that interview, Weis, who was once the offensive coordinator for the New England Patriots, praised Polamalu’s play during his career with the Steelers.

“Well, I know when we went against you, you were a pain in the butt,” Weis told Polamalu.

Weiss was then clowned on by Wilcots and accused of saying that to all guest that once coached against and that prompted an interesting response from the former Patriots offensive coordinator.

“Well, we couldn’t run it against him [Polamalu], so what we could do is play-action pass because he couldn’t help but put his nose up there,” Weis said.

Polamalu quickly cut Weis off with a very funny, yet likely triggered, response.

“That’s because you guys [the Patriots] had our playbook, by the way,” Polamalu told Weis. “A big asterisk next to those play fakes.”

Hilarity then ensued and you can hear the exchange in its entirety below.

Weis, in case you forgot, was the Patriots offensive coordinator from 2000-2004. If you remember, the Patriots were accused of illegal videotaping defensive signals from 2001-07. In September of 2015, ESPN.com even released details about the Patriots’ illegal videotaping scheme which included the uncovering of physical evidence of how they used illegal recording during their win over the Steelers in the AFC Championship Game in January of 2002.

Accusations that the Patriots also cheated against the Steelers in the 2004-2005 AFC Championship Game have also long since been made by Pittsburgh players. The Patriots, according to the ESPN report, were also alleged to have had low-level employees venture into opposing locker rooms in search of play sheets discarded in garbage cans.

While Polamalu’s response to Weis was somewhat playful, it was still likely on the tip of his tongue to say and especially as a rebuttal after the former Patriots offensive coordinator stuck his chest out a little bit in the manner that he did.

Polamalu has never come off as a person who might carry a grudge a long time or be bitter about games of yesteryear. That said that Steelers loss to the Patriots in the 2004-2005 AFC Championship Game still likely eats at him some to this day and especially with him firmly believing like most of his former teammates still do, that New England cheated to win that game.

Here is Troy Polamalu telling Charlie Weis earlier today that the Patriots cheated when he was the OC there. lol #Steelers 😂💀

Polamalu: "That's because you guys had our playbook, by the way. A big asterisk next to those play fakes." pic.twitter.com/w2IR3kuJrm