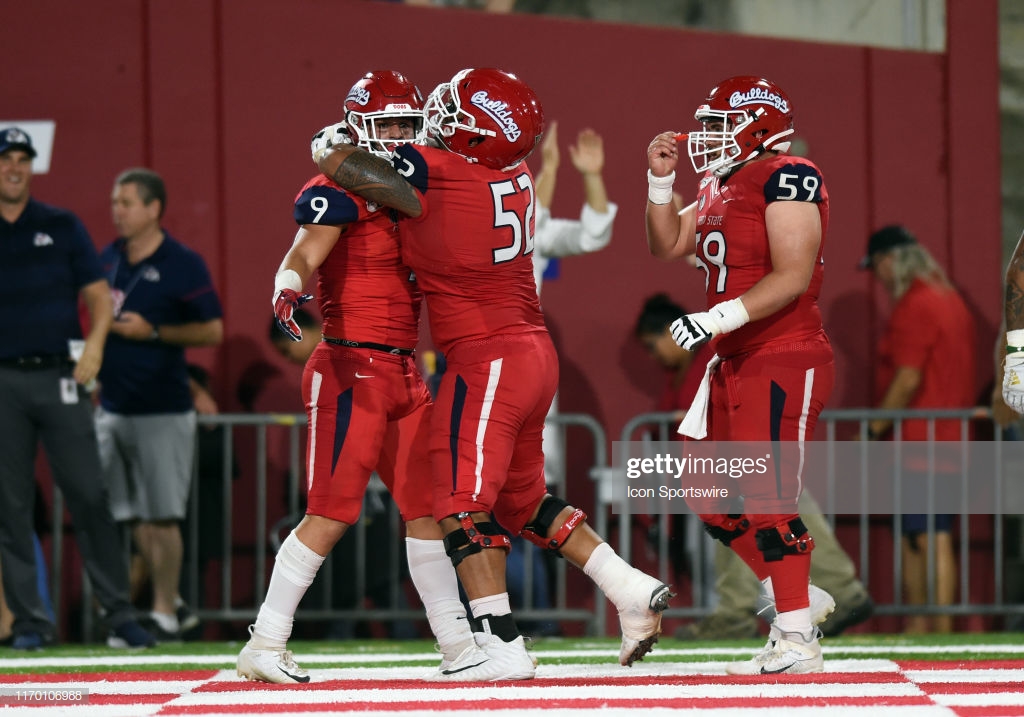 Fair warning, there will be far fewer mock drafts relevant for Steelers’ Nation this year. Without a first round pick for the first time since 1967, most editions you’ll read this year only cover the first round. So that makes us a little desperate for finding other media projections. Like turning to Ravens’ territory and The Baltimore Sun, which came out with a two-round mock a few days ago.

At #49, they have the Steelers selecting Fresno State OG Netane Muti. Here’s what The Sun had to say about the selection.

“What the Steelers decide to do with their only pick inside the top 114 selections will be fascinating. Do they target an edge rusher with Bud Dupree hitting free agency? Do they pick a wide receiver or a tight end? Do they take a chance on a quarterback to back up Ben Roethlisberger? The offensive line is getting older, and Futi [sic] was downright dominant in college.”

For the record, they did spell it incorrectly with the last name “Futi,” It’s Muti but like I said, we’re desperate over here.

More to the point, Muti has struggled mightily with injuries during his college career. He suffered two torn Achilles, one in 2016 and again in 2018, before suffering a foot injury in 2019 that caused him to miss most of the season. But when healthy, he’s regarded as a strong, physical blocker who declared early because of that injury history.

He’s likely to be a Day Three upside pick for teams comfortable with his injury history and willing to take a chance on him finding good health in the NFL.

Pittsburgh is likely to attack interior offensive line depth at some point in the draft. BJ Finney is set to be a free agent, Ramon Foster’s future is uncertain, while other clubs pillaged away Fred Johnson and Patrick Morris during the year. So to the paper’s credit, their head is in the right space when it comes to position, though offensive line that high would be a bit surprising. It’s fair to say Muti isn’t going to get selected where they have him going.