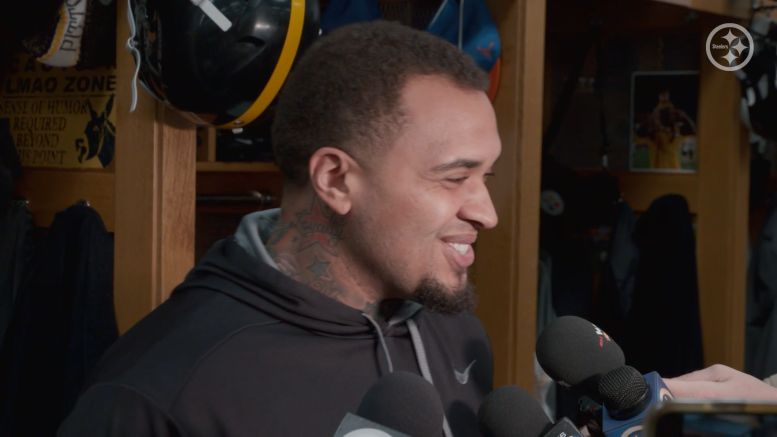 Something that I talked about yesterday is how vastly underpublicized is all of the great charity work that NFL players from all across the league, from the biggest players in the league to practice squad players you’ve never heard of, have done and continue to do on a daily basis, both in their local communities and even abroad.

I talked about this in light of the Pittsburgh Steelers and their players donating money to the Mel Blount Youth Home as part of their Social Justice Grant program, which all teams participate in through the NFL’s Inspire Change outreach activities.

But one thing that the league has been doing for some time to recognize individuals for their great charity work is the Walter Payton Man of the Year Award. This year, the Steelers’ nominee for the award is Maurkice Pouncey, a man who has long engaged in charity work outside of the spotlight.

It’s a lot harder to do that when you’re up for an award, admittedly. But he’s tried. Even when he was suspended for two games this season, he made sure to keep up with all of the charity work that he had on his schedule.

“I hate the attention. I am humbled by things”, he said of receiving publicity for his charitable work. “Coming where we come from, you are always grateful. It’s not about me. I got out and play football. I know there are people who need help in this world. I know I can’t help everybody, but the people I can help, hopefully I make a difference in their lives”.

Maurkice and his twin brother Mike Pouncey, with whom he does a lot of his charity work, come from a fertile football ground in Florida, but also a poor community full of disadvantaged youth. A lot of their charity work has involved giving back to the community that gave them their start.

But he also does plenty of charity work in Pittsburgh, of course, more recently working directly with the police department with a community outreach program in which officers attend Steelers games with local children and their chaperones in order to build bridges between those who protect and serve, and those whom they protect and serve.

That is just one slice of the pie for Pouncey, however. The truth is that a lot of people will only, or primarily, know him as the great person who works with them through charities, even if they know nothing about football. And if there is one thing they know about him, it’s that he just wants to do it because he understands he has that ability. Not because it looks good. After all, how much of Pouncey’s charity work have you ever heard of?