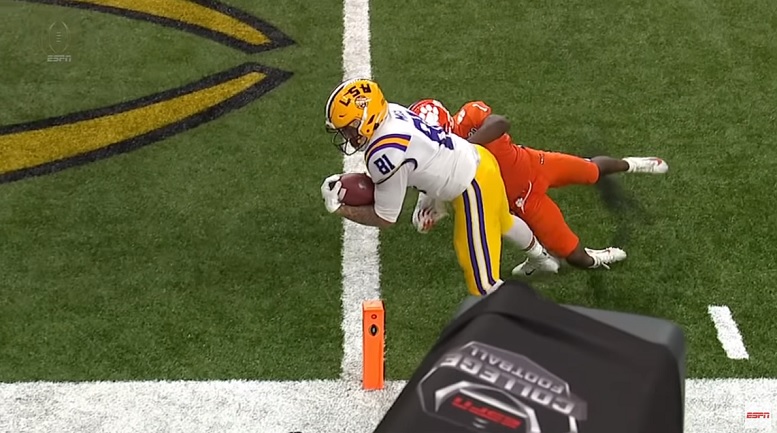 Expect to hear plenty more about TE Thad Moss over the next couple months. The junior tight end announced he’s declaring for the 2020 NFL Draft hours before Friday’s deadline.

Moss has gained plenty of attention, especially in Steelers’ circles since his impressive National Championship performance as LSU defeated Clemson to win it all. Moss recorded five receptions for 36 yards and two critical touchdowns.

He’s the son of Randy Moss, meaning he checks plenty of boxes of what Pittsburgh looks for. Perhaps no organization likes football bloodlines with their early round picks as much as the Steelers, drafting Cameron Heyward, TJ Watt, Terrell Edmunds, and Devin Bush over the last ten years. Moss is also an underclassmen (seven of the team’s last eight top picks have been such), from the Power 5 (the last non Power 5 player selected in the top two rounds came in 2004), and at an obvious position of need.

Vance McDonald’s future is murky and even if the team picks up his option, there is little depth behind him. McDonald, at his best, is someone who should play about 500 snaps a season, 50% of the total. He’s coming off the worst year of his career while Nick Vannett, traded from Seattle during the season, also struggled and is set to become a free agent.

If you missed Dave Bryan’s breakdown on all of Moss’ targets, check it out here. We’ll have a draft profile on him in the near future.