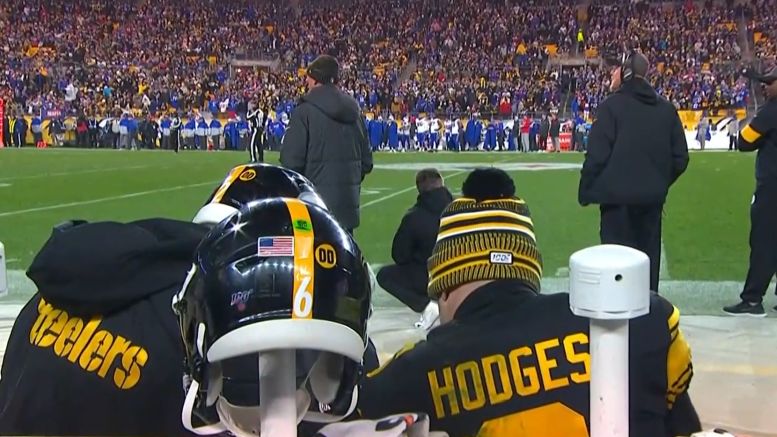 What is the Pittsburgh Steelers’ biggest offseason need this year? Well, while it can vary reasonably, it really depends a lot upon what we choose to take for granted. Do we assume, for instance, that Ben Roethlisberger returns to the field in 2020 and stays healthy while performing at the level of a starter?

Because if the answer to that question is no, it’s hard to view anything but the quarterback being the top priority.

Even if you consider Roethlisberger’s return as something to take for granted, however, there are still questions lingering about the position behind him, with respect to Mason Rudolph and Devlin Hodges. Nobody should be writing off Rudolph after two seasons and one year of meaningful play, but the fact remains that he was benched and did perform below the line.

ESPN ran an article recently in which the beat writer for each team selected what they view to be the team’s biggest need this offseason. Brooke Pryor chose the need for the Steelers to shore up the quarterback position as their top priority, writing:

Ben Roethlisberger is the starter when he comes back from elbow surgery. But the timeline for the 37-year-old is unclear, and the Steelers already got an ugly glimpse in 2019 of what a Roethlisberger-less offense looks like. They were the only NFL team that failed to score at least 30 points in a single game this season (the first time since 1971 that they didn’t do so). Roethlisberger’s return solves a lot of those problems, but the team needs to develop or bring in an insurance policy. Mike Tomlin said Mason Rudolph is Pittsburgh’s fallback option, but he also left the door open to bringing in a veteran signal-caller.

Personally speaking, and I know based on the comments to his article what the response to me saying this is going to be, but I don’t view the quarterback position as a need this year. Certainly not in the draft, because you’re not going to find some surprise franchise quarterback 50th overall. Frankly, even guys like Russell Wilson and Dak Prescott were understood by many to be quality quarterbacks with minor knocks, for example, for height. I don’t think there are any Wilsons this year to be had in the draft.

Unless Rudolph legitimately bottoms out, you’re not going to turn to somebody else, certainly not whatever sort of veteran they would be able to afford with their tight salary cap. And even though it might not be popular to say right now, Hodges is perfectly fine as a number three quarterback. He’s far ahead of where any other rookie quarterback they’ve had recently has been at this point in his career, so it’s amazing how many people want to see him released.