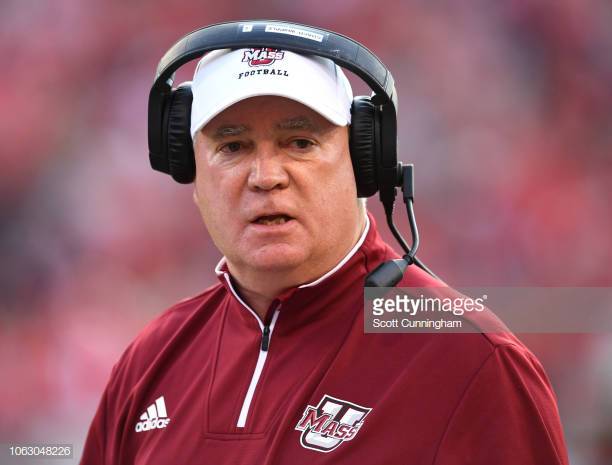 Will the Pittsburgh Steelers add a dedicated QB coach to its staff? Mike Tomlin seemed open to the idea during his end-of-year press conference. But it’s a tricky line to walk. Offensive coordinator Randy Fichtner and Ben Roethlisberger are joined at the hip. And Matt Symmes is the Fichtner-admitted “de facto” QB coach, working with the backups.

So who could fit? Here’s a list of names I’ve jotted down over the last week. It’s hard to find a perfect fit so for each name, I’ll list some pros and cons for each player. These are dart throws, obviously, but I wanted to offer names beyond just Charlie Batch or “hey, what’s Omar Jacobs up to these days?”

Why It Works: If not for one being reason I’ll get to in a moment, Yurcich would feel like the perfect choice. With Fichtner and Roethlisberger arm-in-arm, your QB coach is primarily working on developing Mason Rudolph. No one is better than Yurcich. He was Rudolph’s offensive coordinator and quarterbacks coach at Oklahoma State for his entire career.

He moved onto Ohio State as their passing game coordinator/QB coach in 2019. He’s regarded as being a bright offensive mind, a gem found while coaching at D2 Shippensburg who played his college ball at California University, right outside Pittsburgh.

If you want to put on your tin foil hat, he could be an eventual heir to Fichtner’s job too as OC. He has the experience and the credibility. Perfect fit, right?

Why It Doesn’t: One big issue. Texas just hired him to be their offensive coordinator. And I mean just hired him. As in, right after Christmas. So the odds of him jumping ship to a lower-tier job, OC to QBs coach, (though obviously jumping to the NFL), aren’t great.

But if Kliff Kingsbury can do similar, maybe Yurcich would do the same if the Steelers came calling. Also gotta wonder if the Steelers would even be able to pay him the same salary. Everything is bigger in Texas, including the paychecks.

Had Yurcich still been at Ohio State, this is a slam dunk hire.

Why It Works: Circling back to the PA natives. Growing up in Oakmont, a short drive from downtown Pittsburgh, who worked with Tomlin in Tampa Bay in 2004. Shoop was the QBs coach, Tomlin working with the DBs. He’s regarded as a players coach who fights for them. So much so it’s fair to say the NCAA blackballed him after Shoop was a dissenter of college football’s system and supported players in the famous Ed O’Bannon lawsuit.

When Purdue fired him in 2015, The New York Times wrote an article entitled “Purdue Fires Champion Of Athlete’s Rights.”

I say all that to say he seems to be a guy players fight for and respect and also explains why he hasn’t coached much lately. Purdue, where he served as OC/QBs coach, was his last college job, though he’s worked as an assistant at a North Carolina High School in recent years. Getting back to the NFL is his best ticket to coaching full-time. Lots of coaching experience, including time in the NFL and college, and just a well-rounded resume.

Why It Doesn’t: Despite being from the area, he currently resides in North Carolina, following his wife’s job, who is now a pastor in the Asheville area. Not sure he’s interested in moving right now and it’s unknown if he even wants to take a high profile coaching job ever again. If there was one to think long and hard about though, this would be it.

Why It Works: What’s old is new. Whipple was Roethlisberger’s first QB coach from 2004 to 2006. Where is he now? After being ousted as the head coach at UMass, he’s now with the Pitt Panthers as their OC/QB. So they see him every day, the teams sharing the same practice facilities. Seems like an easy transition.

Why It Doesn’t: Is this too much of a lateral move? Or even a demotion, going from OC to no longer calling the shots. And though he wouldn’t have to change his parking spot, the Steelers don’t tend to “poach” from their younger brother school.

Why It Works: Former Pitt grad assistant now at Wisconsin, following Paul Chryst. A former QB himself though injuries shortened his college career. Young guy, can relate to the room well and would probably love to get his chance in the NFL.

Why It Doesn’t: Is he different enough from Symmes? Arguably, no. Former grad assistant getting elevated. I think Budmayr has a heftier resume than Symmes but I don’t know if he’s adding a new dynamic in the room to make it worth it.

Why It Works: Another relatively young coach regarded as a bright, emerging offensive mind. Worked with Sam Darnold at USC. Ellis is a former QB himself, starting for UAB in the late 2000s. He’s developed talent, gotten them into the NFL (he was Taywan Taylor’s WR coach at WKU a few years ago) and is clearly moving up the coaching ranks.

If you need a Steelers’ connection, and this is a small one, WKU’s head coach is Tyson Helton, who Ellis has been around basically his entire football career (Helton recruited him to play at UAB and they worked together at USC). Helton spent three years at Memphis from 2004 to 2006, where Fichtner was the Tigers’ OC.

Why It Doesn’t: He was hired to be the offensive coordinator just a year ago and is pretty tied to the school. Not sure he wants to leave right now. Also doesn’t have any NFL experience, which is going to ding him at least a little, even if it isn’t a deal-breaker.

Why It Works: Lumping these two together. Pair of relatively young coaches primarily working with QBs on NFL staffs. Certainly looking to make the jump to a larger role. Tettleton has worked with Baker Mayfield, Whipple with Kyler Murray.

And yup, Whipple is Mark Whipple’s son. Getting to coach in the same facility as your dad would be pretty cool. And give him bragging rights around the dinner table.

Why It Doesn’t: Again, is there a big difference between these guys and Symmes? Probably not.

Why It Works: Ok, I’m going to be a hypocrite here. What is Tee Martin up to these days? Heading back to his alma mater after a couple years as USC’s offensive coordinator, the Vols hired him last year. Has never coached in the NFL before but certainly been under some bright college lights and has a blend of experience, he’s been coaching since 2006, and youth, still only 41.

Martin was drafted by the Steelers in 2000, Kevin Colbert’s first draft class. Maybe they could reunite.

Why It Doesn’t: Honestly not a ton of compelling reasons to discount this one. Martin hasn’t been super successful as a coach, struggling at USC, but he’ll bring experience and knowledge to the room with an obvious Pittsburgh connection.