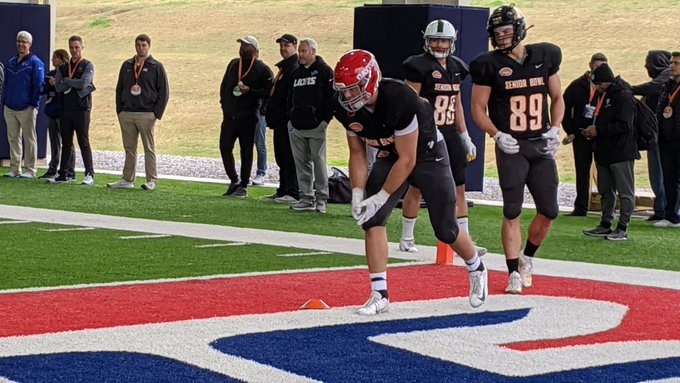 ESPN draft analyst Mel Kiper Jr. has the internets buzzing on this Friday with the release of his first mock draft of 2020 and his positional rankings that goes ten-deep. Obviously, fans of the Pittsburgh Steelers probably won’t have much interest in Kiper’s mock draft with the team not having a first-round selection this year. Kiper’s positional rankings, however, are quite interesting and especially at the tight end position, a position the Steelers might choose to select early this year in rounds two or three.

Below are Kiper’s top 10 tight ends post the Senior Bowl practices and as usual, his order includes a few headscratchers. Perhaps the biggest headscratcher when it comes to Kiper’s tight end rankings is that he has Adam Trautman, a Dayton product, ranked eighth overall.

In case you’re curious, the average draft position of the eighth tight end drafted over the course of the last five years is 143.6, which is basically at the end of the fourth-round to the start of the fifth-round. Personally, I can’t see Trautman lasting that long.

Obviously, everyone’s positional draft rankings are subjective. That said, I have a feeling that below might be the lowest we see Trautman ranked positionally the remainder of the draft season.

Overall, this year’s tight end draft class leaves a lot to be desired when it comes to players that can not only flex out, but play on the end-of-the-line and block effectively. Trautman can do all of that and I believe he showed NFL scouts, coaches and front office people that he can this past week in Mobile, AL.

In case you’re curious, Kiper only has one tight end being selected in his inaugural 2020 mock draft that was released on Friday and it’s Cole Kmet out of Notre Dame, who he has going 20th overall to the Jacksonville Jaguars.