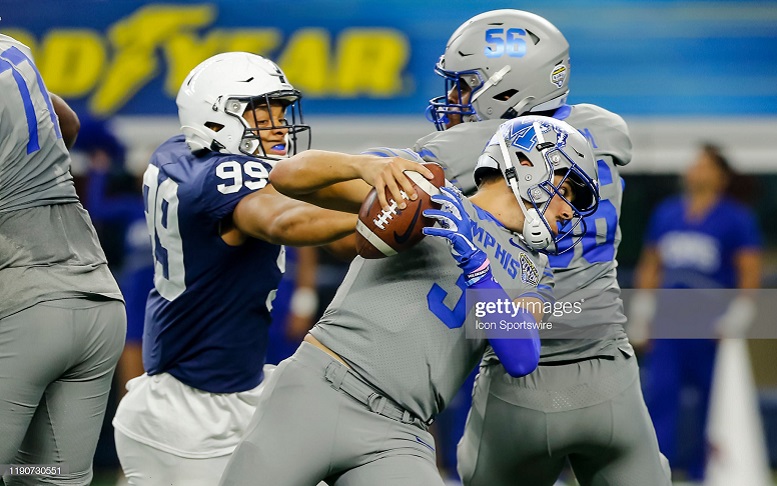 Penn State defensive end Yetur Gross-Matos has declared for the 2020 NFL draft and several draftniks already have him ranked in the top-five when it comes to edge-rushers in this year’s class. With Gross-Matos being a Penn State product and with the Pittsburgh Steelers maybe being in the market to draft another edge-rusher this year, I’ve received a few emails asking me to look at 6′ 5″, 264-pound player.

Gross-Matos registered 19 total sacks in his three years at Penn State with 17.5 of those coming in the last two seasons. I was able to track down all 19 of his sacks to watch and contextualized them for all to see. It should be noted that Gross-Matos was credited with four half sacks as part of his totals. Additionally, one of his sacks he was credited with came as a result of the opposing quarterback being flagged for intentional grounding.

As usual, the sack contextualization includes a lot important data such as opponent, down and distance and snap to sack time. Additionally, a link to every sack is included so that readers can watch each one at their leisure. These sacks are tabled in the order that they occurred a well.

While there are not a huge amount of high quality sacks on Gross-Matos’s reel, there are a few. Additionally, I think you will notice that Gross-Matos already possesses a nice small arsenal of pass rush moves and very nice hand usage.

We’ll have a more complete profile on Gross-Matos in the coming weeks or months so be on the lookout for that. In the meantime, this contextualization of Gross-Matos’s career college sacks should provide most readers a nice starting point as to the kind of pass rusher the Penn State product is and how he won.