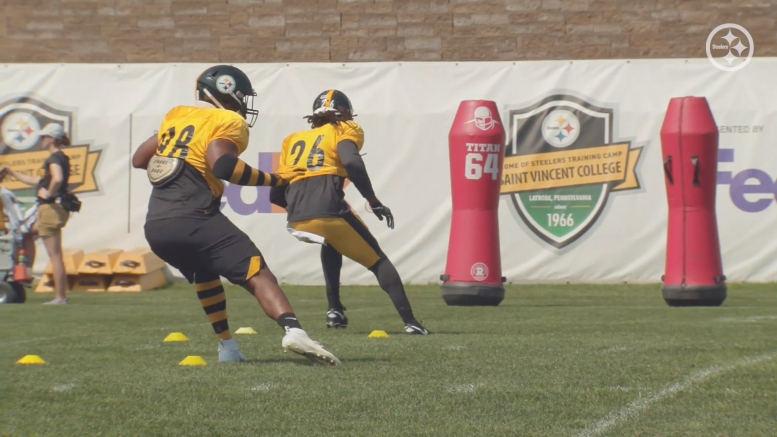 Topic Statement: With Mark Barron anticipated by many to be a salary cap casualty, Vince Williams will play around 75 percent or more of the team’s defensive snaps.

Explanation: It wasn’t until Lawrence Timmons left in free agency that Vince Williams moved into the starting lineup on a full-time basis, but even then, he was still often taken off the field in third and long situations and things like that. In both 2017 and 2018, he averaged about 750 snaps played on defense in the regular season, which is in the ballpark of the 75 percent figure. I’m not going to be overly conservative about that.

It’s hard to see the Steelers getting what they want done without Barron’s cap savings, so it’s virtually a foregone conclusion that he is released. And that leaves nobody but Williams to pair with Devin Bush, because nobody else had the experience.

We don’t even yet know if Bush will be able to handle the playcalling duties, so Williams could be on the field with the green dot anyway. And he’s long been a better coverage defender than he’s been given credit for, evidently even by the coaching staff. He wouldn’t exactly be a downgrade in that department from Barron, and Barron played exactly 750 snaps last year, the vast majority in the box.

For starters, we don’t even know that Mark Barron is actually going to be released. Who’s to say? They did like him more than Williams last season based on who they decided to play. And while they would save more by releasing him, they could still shave off a couple million if they decided to release Williams as a post-June cut.

While I wouldn’t expect that to happen, the more likely outcome is that the team will spend a lot more time—40 percent or more—with six defensive backs on the field, perhaps a mixture of Cameron Sutton and Marcus Allen, maybe Justin Layne working his way into the picture as well, or a safety not yet on the roster.