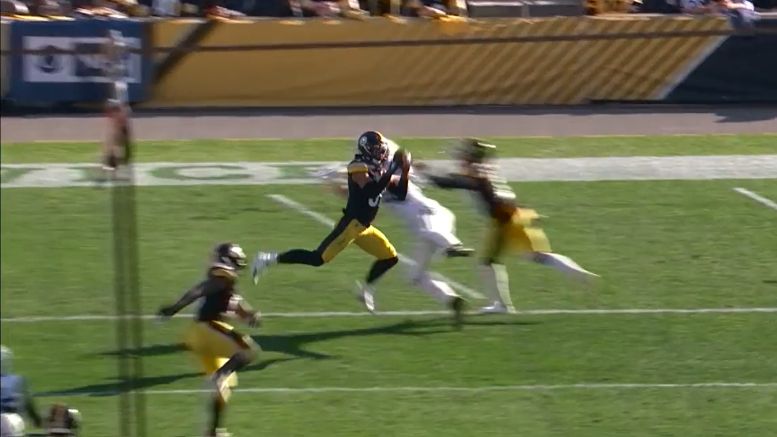 The Pittsburgh Steelers took a risk, at least in the public’s eye, when they decided that second-year safety Minkah Fitzpatrick was worth giving up a first-round draft pick for. He ended up as a first-team All-Pro after playing 14 games for them. They gave up the 18th-overall pick to get him. You’re not going to do much better than first-team All-Pro regardless of who you pick, so…it’s kind of hard to argue with the team’s results.

Did his acquisition get the Steelers into the postseason? No, but it sure helped to get them close, and really, there was only so much that they would have been able to do with Devlin Hodges at quarterback. Even assuming Mason Rudolph could have offered more stability, he, too, ended up getting injured, and so wouldn’t have been an option.

So while Fitzpatrick and the wave of improvement that his arrival helped to usher in for the Steelers on the defensive side of the ball may not have carried them into the postseason, it did help to lay the foundation for a potentially great year in 2020—that is, assuming, that they can actually stay healthy.

One thing that Fitzpatrick helped to bring to the team, and which certainly seemed to be contagious, was a ballhawking mentality, as attested to by his five interceptions that he netted for himself, including one in his first game in Pittsburgh. He had two against his former team, the Miami Dolphins, and also housed another for a pick six.

“He’s a ball hawk”, teammate Bud Dupree told the team’s website in describing the former 11th-overall pick in the 2018 NFL Draft. “He just finds the ball. It’s crazy to see him make plays on the ball all the time, not one time but every game. Every single game Minkah is making big plays on the back end”.

And he sees it in practice, too. Fitzpatrick did go without an interception in his final seven games after getting five in his first seven in Pittsburgh, but as anybody should be aware, takeaways can come in bunches sometimes, and then dry up. That he didn’t pick off a pass late in the year shouldn’t be concerning, nor an indication of a decline in his performance.

Despite coming in during the practices for Week Three, Fitzpatrick missed all of two snaps during the season. He had no chance to catch his breath, yet he pretty much seamlessly came in and started making plays, introducing himself with a pick and a forced fumble in his first game.

While his early splash plays helped to introduce himself to the fans, his consistent performance from play to play after the ‘splashes’ seemed to subside were still a welcome sight for those who paid close attention. Teams also began to shy away from him, having that influence as well, which has to be considered.