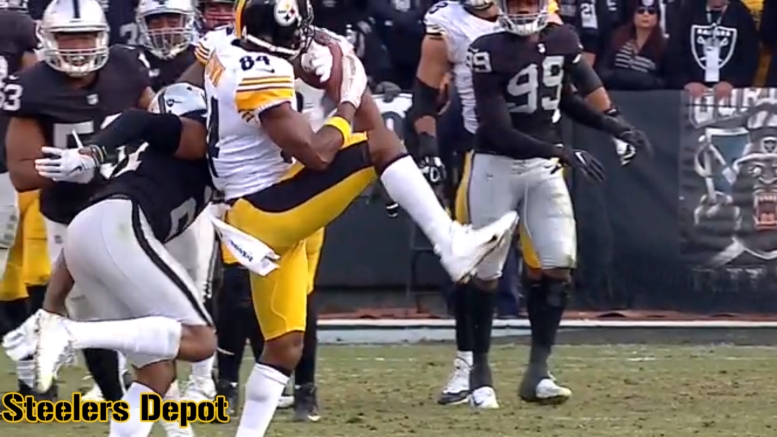 Wash, rinse, repeat. The song remains the same as it pertains to former Pittsburgh Steelers wide receiver Antonio Brown, who arguably reached a new low—it’s amazing that it’s even arguable—following his recent arrest stemming from his assault of a driver of a moving van who was simply doing his job.

While he did not spend much time in jail, of course, posting bail after a night, it was only after he had locked himself up in his house for a couple of days, avoiding the police after they were called to the scene. They exercised immense patience in ultimately waiting for him to turn himself in.

Brown has become nothing short of a nuisance in his Hollywood, FL gated community, as the police have been called to his residence a number of times in recent months, and neighbors have essentially said that they are tired of the behavior.

The problem is, this isn’t the first time he’s gotten himself into trouble in some form or another. Somehow, he gets at least one person to believe that he’s genuinely remorseful. Even after this, he’s still hopeful that he will be given another opportunity in the NFL, recently speaking to USA Today.

“I put myself in a bad predicament”, he told the paper, stating the glaringly obvious for all to slap their foreheads along to. “I’m out of it now, man. Unfortunate situation, but we don’t make excuses and we’re going to make the best of it”.

The royal ‘we’ has a long history of making excuses for his behavior, in fact, very rarely ever actually owning up to anything, and it’s probably not even reasonable at this point to give him any sort of the benefit of the doubt that this is the time he’s going to turn things around.

And remember, even if he does walk a straight line from this point forth, he is still being investigated for sexual assault. As soon as any team even comes in to try to sign him, it’s quite possible, maybe even likely, that the NFL puts him on the exempt list anyway.

“I’m going to make them proud”, he said, declaring, “I’m planning to come back to the NFL”. He was a member of three different organizations over the course of the past calendar year, all of which got rid of him, and had a tryout for a fourth. That would be the New Orleans Saints, who signed another player who worked out in the same group of players as Brown.