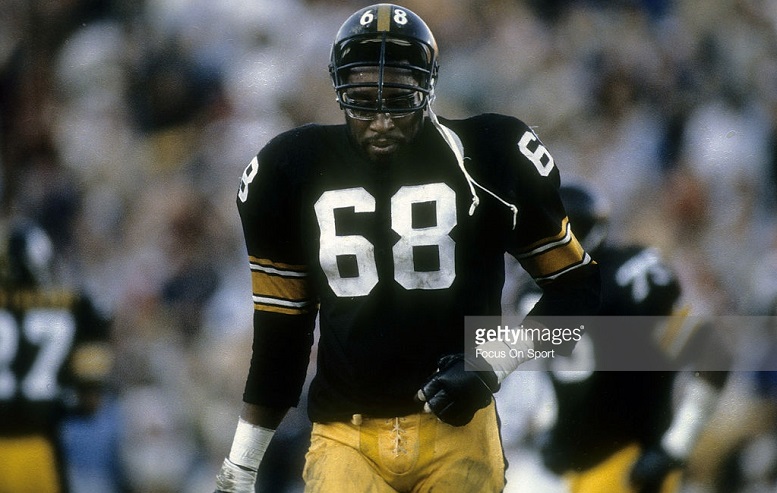 Question: Which Steeler not currently in the Hall of Fame or in the running do you believe most deserves to be in?

This topic comes up every year, naturally, when the Hall of Fame voting comes around. But given that we have gotten one long-suffering injustice finally out of the way with Donnie Shell finally being voted into the Pro Football Hall of Fame, I figured it would be a good time to go back over it once again.

Of the Steelers players throughout team history who are not currently enshrined, slated to be enshrined, or in the running to be enshrined, which do you believe is the most deserving, and the most overlooked? Please limit your answers to those who would be considered ‘major contributors’, and not just having played one or two years with the team.

I figure the three most popular answers will be Hines Ward, L.C. Greenwood, and Andy Russell. Greenwood, perhaps, gets hurt because he played in an era before sacks were regarded as an official statistic, so it’s a bit less apparent to just how good he was. He was a six-time Pro Bowler, a two-time first-team All-Pro, and a member of the NFL All-70s Team.

Russell predated many from the Steel Curtain era and was a key cog mixing in with Jack Ham and later Jack Lambert at linebacker. A seven-time Pro Bowler and four-time All-Pro (once first-team), he’s another who often gets overshadowed.

Then there is Ward, whose numbers as a wide receiver seem to look less and less impressive with each passing year. Those who watched him know, of course, that he can’t be judged solely by stat lines, and that’s not even talking about his blocking.

Which of these three do you believe most deserves to be in? Is there somebody else who is an even more significant oversight?