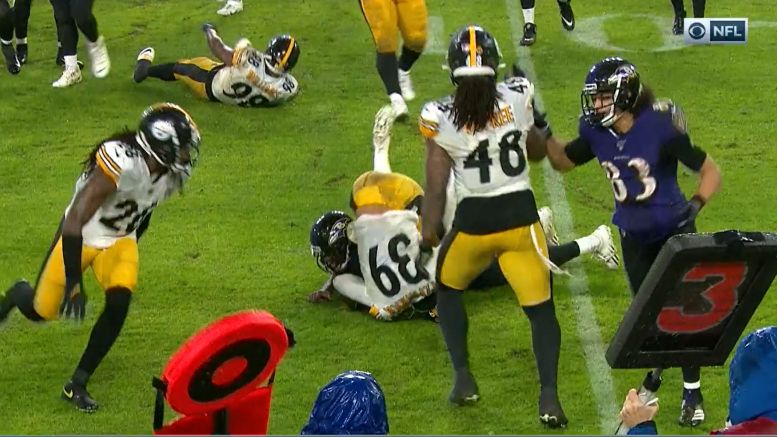 I haven’t been talking about Minkah Fitzpatrick too much on a weekly basis lately, either. It’s easier to talk about somebody when he’s consistently getting turnovers, and he hadn’t gotten one in a while. But to define his quality of play by the number of turnovers he gets or produces, and when they occur, would be faulty.

The truth is that he’s been an all-around very good to great safety all season, in every role asked of him. He has limited the deep ball tremendously, and the rare deep connections have been the result of communication errors, generally. He has tackled well. He’s taken on blockers. He’s been a presence in the open field. He’s produced plays in one-on-one coverage, as well.

He’s damn sure worth the 18th-overall pick in the 2020 NFL Draft. After all, you’re hoping to get a first-team All-Pro in the first round. They got one in Fitzpatrick, and he added another run stop against the Baltimore Ravens in the season finale, bringing Robert Griffin III down on a third-and-one quarterback draw. Unfortunately, they would get the first down on a fake punt a play later, but that doesn’t lessen the play he made in that moment.

Otherwise, he helped limit Baltimore’s passing game to virtually nothing. Griffin only completed 11 of 21 pass attempts for a whopping 96 yards without throwing a touchdown, posting a quarterback rating of 44.9. They won, yes, but that was primarily on the run game, and Fitzpatrick had to step up to make a few tackles as the last line of defense as well.

It wasn’t an eye-popping game in the finale for Fitzpatrick, but it was generally consistent with the sort of play he has presented as a baseline since being in Pittsburgh. He is more than anything else reliable. Add splash plays on top of that, and you have what you want from your free safety.