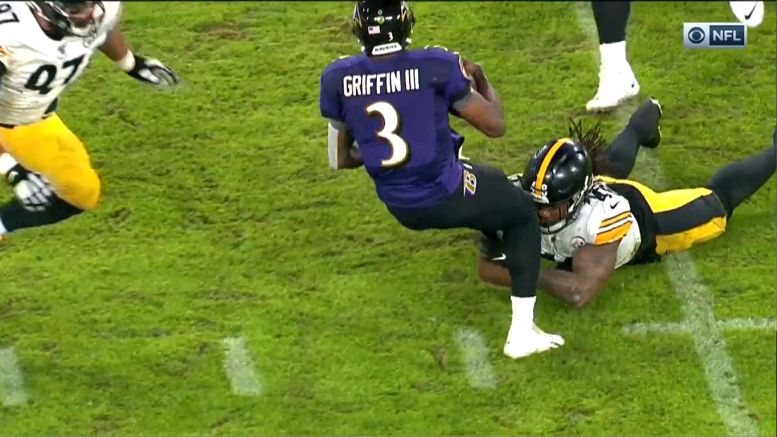 Another game, another quality start for Bud Dupree, the Steelers’ right outside linebacker, who has now completed his fifth season in the league, and perhaps his last game for Pittsburgh. Dupree will be an unrestricted free agent in March if the team fails to sign him to a new contract or apply a tag on him to retain his rights.

A first-round pick back in 2015, Dupree didn’t fully come into his own, partially due to a history of injuries, until this past season, during which he posted career highs nearly across the board, short of the lack of an interception.

While the final game of the season was rough as a whole, Dupree continued to help himself boost his profile for a potential open-market bidding war in a couple of months, notching one final sack, this of Robert Griffin III, to bring his total up to 11.5 on the season. Considering the fact that his previous career-high was six, that is a momentous figure.

It’s always good to put up your best numbers in the year prior to everybody being able to bid for your services, and Dupree did that, arguably on and off the field. He was clearly more vocal, more accountable, and more possessive of the team’s defensive success, emerging as a secondary leader in the room.

And he left the season adding two more quarterback hits and a tackle for loss to his season totals, bringing those numbers, respectively, to 17 and 16, both of them representing career highs by a generally comfortable margin.

Perhaps the most remarkable fact of the season is that Dupree was pretty consistent throughout, including but not limited to the fact that he record at least half a sack in 10 games, including in five of the final six. He did have two multiple-sack games as well.