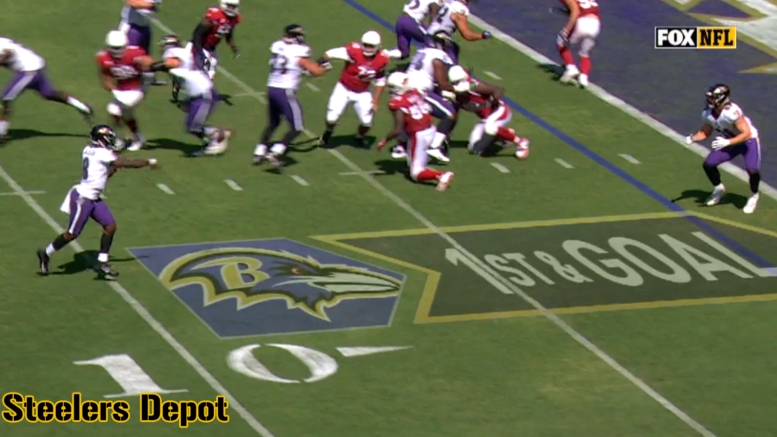 When the Baltimore Ravens drafted Lamar Jackson in 2018, did you ever think that he would distinguish himself in such a way that would put him in exclusive territory with only Peyton Manning and Aaron Rodgers? Because that’s something that the second-year quarterback accomplished this season during the 15 games that will comprise his MVP season.

Jackson only attempted 401 passes this season, which is awfully tame by today’s standards. 25 quarterbacks currently have attempted more passes in 2019 alone, with still a week to play, and none who have attempted fewer passes have started more than 10 games this year.

But he was exceedingly efficient when he did throw the ball, as he produced 36 touchdown passes on those throws, or 9% of his pass attempts. That’s a full percentage point and a half ahead of the next-best qualified passer, which is…drumroll please…Ryan Tannehill.

The only other two quarterbacks in NFL history to have ever posted a touchdown percentage that high while attempting at least 400 passes are those named earlier, Manning and Rodgers. Manning’s came back in 2004, when he threw 49 touchdowns on 497 pass attempts, or 9.9% of his throws. Rodgers threw 45 touchdowns on 502 pass attempts in 2011, also at 9.0% of his pass attempts that season.

At least according to Pro Football Reference, nobody else in NFL history has ever posted a touchdown percentage that high while attempting that many passes. And even if you lower the bar to 300 attempts, you only pick up a couple more members: Len Dawson in 1962, and George Blanda in 1961.

Now, is that all on Jackson? Perhaps not. The Ravens and offensive coordinator Greg Roman have built a fantastic offensive scheme this year that has maximized efficiency, built upon the run game first and foremost, and largely relying upon the tight ends in the passing game as dual threats.

Suffice it to say that Baltimore’s offense does not look like that of a Manning- or Rodgers-led team. But does that matter? Of course not. What matters is how many points you put up, and the Ravens have already put up over 500 points. They have exactly 50 more points in total than anybody else this season, so it’s very unlikely anybody catches up to them.

Their current 33.5 points per game would rank 11th-best in NFL history, between the 1999 St. Louis Rams and the 2000 Rams. Who ever thought we would be talking about the Ravens in these terms? I can’t think of an offense more universally identified with defense. Even the Pittsburgh Steelers have a wealth of Hall of Famers on that side of the ball in their history.