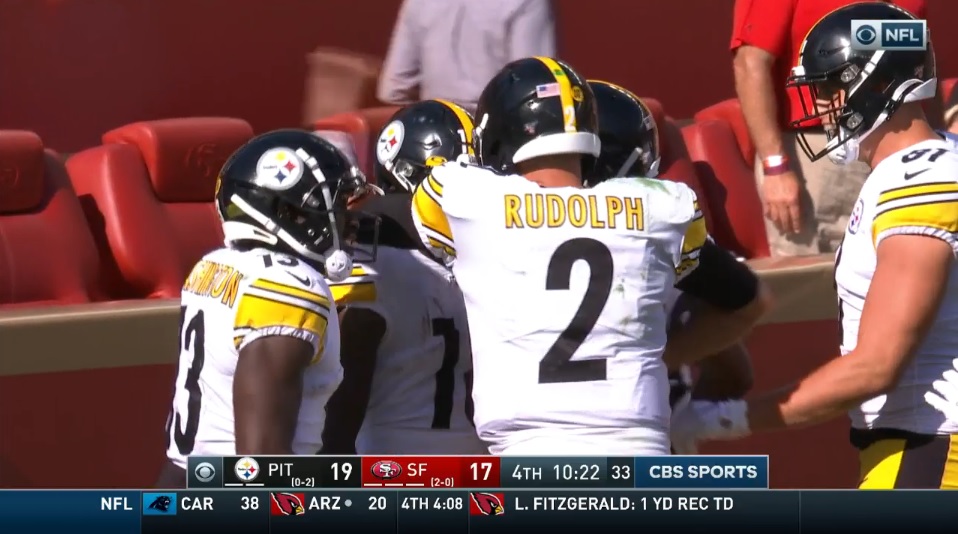 Despite the roller coaster year of the Pittsburgh Steelers’ 2019 quarterbacks, one that had more downs than ups, Mike Tomlin was steadfast about one aspect of the room come next season. Mason Rudolph will be the backup quarterback.

On the field, Rudolph ended the season on a high note, going 14/20 for 129 yards and a touchdown in a Week 16 loss to the New York Jets. Unfortunately for him, he left the game in the second half with an injured left shoulder, ending his season.

For the year, Rudolph completed 62% of his passes, averaged 6.2 yards per attempt, with 13 touchdowns to nine interceptions. Far from a banner year but enough for Tomlin to be certain about his status heading into 2020. He garnered headlines often for all the wrong reasons whether that was being benched, concussed, or whatever you want to call the melee that was the end of the Cleveland Browns’ game.

The backup title might be given by default considering Devlin Hodges’ struggles. Tomlin was asked about Hodges’ role next year and again referred to Rudolph.

“Mason is the backup.”

It also signals the team won’t explore a veteran QB in the offseason. At least, not a “name” backup to work as the #2. Perhaps the team keys in on a low-level veteran player like a Trevor Siemian or Blaine Gabbert. But it’s just as possible they roll with the same QBs on the roster now: Ben Roethlisberger, Rudolph, Hodges, Paxton Lynch, and perhaps JT Barrett, though he could become expendable depending on Roethlisberger’s rehab and recovery.