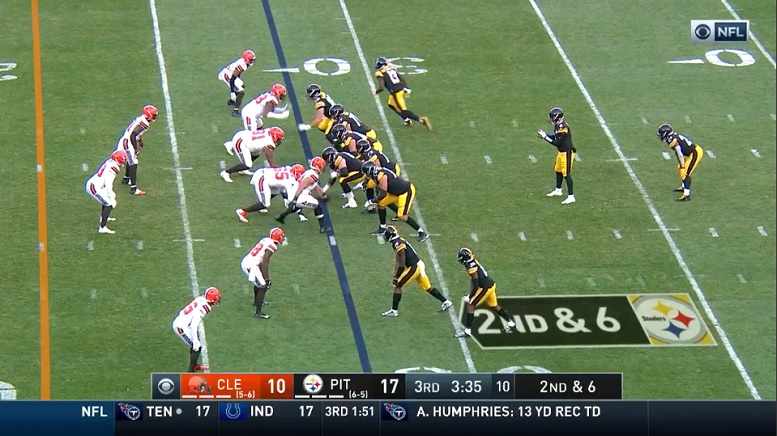 As highlighted in a Monday evening post, the Pittsburgh Steelers offense incurred quite a few penalties in their Sunday home win over the Cleveland Browns with six of those flags coming on false starts. While Steelers head coach Mike Tomlin wasn’t asked to address those penalties during his post-game press conference , he was asked to do so during his Tuesday press conference.

“Just negligence on our part,” Tomlin said. “We’ve got to be better there. It was catastrophic almost to our efforts in a lot of instances. You know, we’re trying to run the clock out and we’re getting false starts, putting ourselves in challenging possession down and distances. It was not good. That’s one area of play that needs to improve, pre-snap penalties on both sides of the ball for us.”

As highlighted in the Monday post, the Steelers have registered 19 total false start penalties so far this season and only four other teams have recorded more. It’s the team’s second-most kind of penalty behind offensive holding.

In addition to incurring those six false starts against the Browns on Sunday, the Steelers offense was also flagged once during the contest for an illegal formation, which is essentially yet another pre-snap penalty. The Steelers defense was also flagged once for a neutral zone infraction on Sunday as well and that made the fourth time this season that type of penalty has been charged to the unit.

The Steelers will play on the road Sunday against the Arizona Cardinals and while that is technically an away game for the team, there figures to be a large contingent of Steelers fans present for that contest and especially with the home team already being out of this season’s playoff picture. In short, crowd noise on Sunday against the Cardinals shouldn’t be unbearable for the Steelers offense, which is now being led by rookie quarterback Devlin Hodges, and thus hopefully we see the pre-snap penalties come to an abrupt halt.