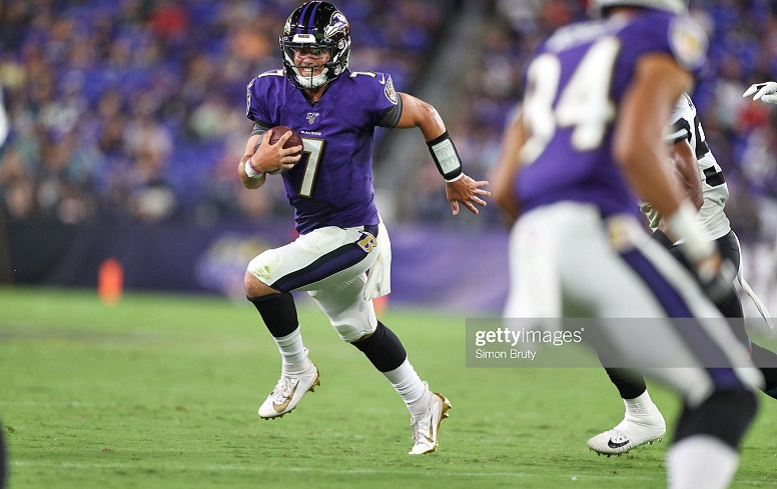 While the Pittsburgh Steelers will get a late Christmas gift of sorts on Sunday in regard to them not having to face Baltimore Ravens starting quarterback Lamar Jackson, the odds on favorite to win the MVP award after the season, head coach Mike Tomlin made it clear on Tuesday that potentially facing both of his backups in that Week 17 contest won’t be an easy chore due to how the individual abilities of both players fit into the team’s offensive scheme and identity.

“Even though Lamar [Jackson] might not play [against us on Sunday], at least that’s what we’re hearing, we better be prepared for the schematics associated with his abilities,” Tomlin said Tuesday during his press conference. RG3 [Robert Griffin III] is mobile. We know that as we’ve been in stadiums with him before.”

With the Ravens having nothing to play for on Sunday against the Steelers due to them being locked into the top AFC seed, they figure to make Jackson inactive to rest him for the playoffs and thus start backup Robert Griffin III in his place. Griffin has played 71 snaps this season thanks to Ravens blowing a lot of teams out and the former first-round draft pick of the Washington Redskins has the skillet to effectively run the Ravens usual zone-read offense.

The Ravens also figure to get rookie quarterback Trace McSorely into Sunday’s game against the Steelers as well and likely in the second half at some point. Because of the likelihood of that happening, Tomlin made sure to mention the Penn State product during his Tuesday preview of the Ravens offense.

“I’ll also be remiss if I didn’t talk about Trace McSorley, who’s also their third quarterback,” Tomlin said. “Also, although he hadn’t played in any regular season action, this is a guy that we’re very familiar with because he went to Penn State and we’re familiar with the things that he’s capable of doing in terms of with his legs to extend plays and by design runs. They’re fully capable of getting a look at him in the same ways that they utilize Lamar Jackson.”

While the Steelers did lose their Week 5 home game to the Ravens, their defense did a great job in that contest at limiting Jackson and his unique abilities, as well as the entire Baltimore offense overall. This season, that Week 5 game against the Steelers is Jackson’s worst as the former first-round draft pick was intercepted three times in that contest in addition to being sacked five times. Jackson rushed for 70 yards on 14 carries in that game and threw just one touchdown.

Tomlin also explained on Tuesday what the Ravens like to do offensively regardless of who is available to them from a personnel standpoint and the challengers that that unit will present the Steelers defense on Sunday.

“First of all, they’re the number one rushing team in football and it goes beyond the rushing exploits of Lamar Jackson, to be quite honest with you,” Tomlin said. “They’re over a thousand yards with [Mark] Ingram. Man, they’ve got a significant amount of yards with Gus [Edwards]. Man, everybody’s positive contributors to their efforts. The running back element of play in terms of the run game is really fundamental.

“They do a great job with pre-snap shifts and motions, a variety of personnel groups, many of them big people – multiple tight end personnel sets. What they do with their dlineman-slash-fullback is really impressive and innovative and it’s going to challenge us in those ways. But at the end of the day, after all the window dressing, boy, the backs really hit you hard downhill, and then they control you on the perimeter with the zone-read element of play, quarterback mobility.”

In addition to resting Jackson on Sunday, the Ravens will also likely be with top running back Mark Ingram for that home game due to injury. Additionally, starting Ravens right guard Marshal Yanda is also expected to be rested by head coach John Harbaugh this weekend. Even with those three key pieces of the Ravens offense unlikely to play on Sunday against the Steelers, Tomlin made it clear on Tuesday that he’s not sleeping on Baltimore’s B and C-offensive units and the two backup quarterbacks likely to be running them.

“So, you know, we’re not breathing a sigh relief, if you will, in terms of quarterback mobility, it’s impact on the game and also the design run element of it,” Tomlin said. “We’ve gotta keep our nose down and do a really good job of preparing in that way if we want to minimize that element of play.”