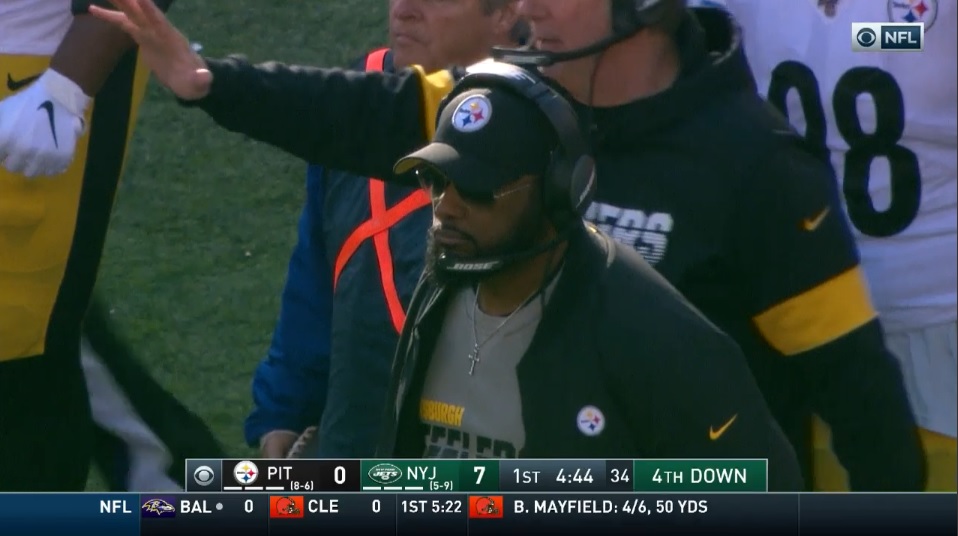 Most fans will point to the Pittsburgh Steelers’ offense, or absolute lack thereof, as the reason why the team lost today. Those fans would be right.

But Mike Tomlin is, to borrow his term, painting with a broad brush and assigning blame everywhere.

“I’m not assigning blame,” he said in his post-game presser. “I said we didn’t do enough and I meant what I said. In all three phases. We let them go down the field score a touchdown on the first possession of the game. That’s not our style of play either. Pick whatever soft spot you want. It’s us, we own it. We’re not looking to assign blame.”

New York cut through the Steelers’ defense on their first series, racking up 75 yards on seven plays. It ended with Robby Anderson’s 23 yard touchdown, giving the Jets an early 7-0 lead.

But the defense, as its done all season, put the clamps down after that. The Jets would notch only three field goals from then on, recording only 184 yards the rest of the way.

Special teams, though, didn’t always help either. Jordan Berry struggled with punts that teetered on the junior varsity variety and there were two penalties. One being Benny Snell’s encroachment that gave the Jets a first down, though the defense bailed him out by forcing a punt.

Still, it’s impossible not to circle back to the offense. Multiple miscues led to the loss. Two interceptions, one of which directly robbed Chris Boswell of a field goal try, bad snaps, drops, and failure to win contested situations all played lead roles. Just as they have the entire year.

The offense simply doesn’t have enough juice nor can it get out of its own way, giving the ball too often for even this elite defense to handle. While Tomlin declined to assign blame in the moment, when you review the season, the offense shooting themselves in the foot again and again and again will be the thing that killed them.