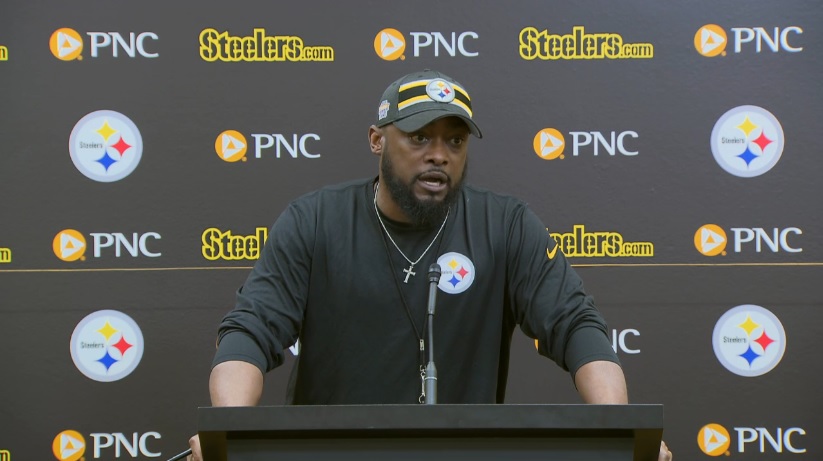 While the Pittsburgh Steelers certainly weren’t a healthy team throughout the 2019 season, at least it appears as though they’ll head into the offseason as a group on the rise from an overall health standpoint. On Tuesday, Steelers head coach Mike Tomlin addressed the overall health of the team during his annual end-of-the-season press conference.

“From a health standpoint, there’s probably not a bunch of new things to discuss with you guys as I stand here today,” Tomlin said. “Many of the surgeries and things that need to transpire already have and you guys have gotten updates along the way about guys who have been injured. We’re starting the process of exit physicals.”

Tomlin didn’t update the team’s injury situation coming out of the regular season finale loss to the Baltimore Ravens Sunday evening. He did on Tuesday, however, and it sounds like a few players suffered some minor ailments during that last contest of the 2019 season.

“We’ve had some minor injury and so forth it relates to game 16, ankles and so forth, but nothing that appears to be surgical at this time,” Tomlin said. “So, the rehabilitation element of it is not under any type of a clock. I don’t believe any of those things that happened this past weekend is worth mentioning in this setting from a surgery standpoint. Not any surgery scheduled based on information that we have here.”

Obviously, the continued offseason rehabs of quarterback Ben Roethlisberger and defensive end Stephon Tuitt will be monitored closely throughout the coming months. Those two players, however, are now several months removed from their respective surgeries and there’s nothing currently to suggest that either won’t be ready to go once training camp gets underway again in Latrobe in late July.

In addition to Roethlisberger and Tuitt, the Steelers had four other players end the 2019 regular season on the team’s Reserve/Injured list. Those other players were safety Sean Davis, defensive end L.T. Walton, quarterback Mason Rudolph, inside linebacker Ulysees Gilbert III and defensive tackle Lavon Hooks. Davis and Walton, both of whom will become unrestricted free agents in March, aren’t expected to back in 2020. Hooks, who is scheduled to be a restricted free agent this offseason, might not be back in 2020, either.