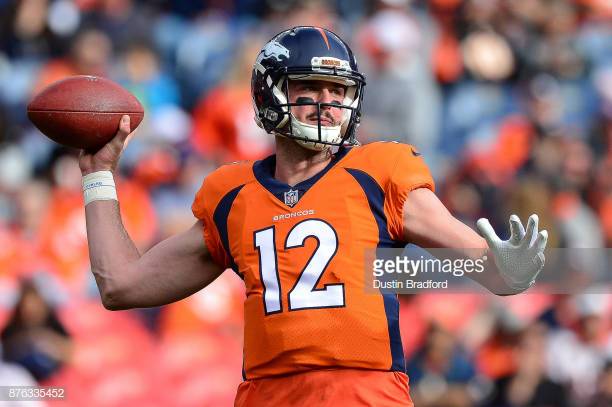 Mike Tomlin isn’t a man who seeks comfort. But when it comes to his quarterbacks, a little of that can’t hurt. He cited that as the main reason why Paxton Lynch will be the backup in the regular season finale, despite Devlin Hodges’ obvious struggles the past two games.

“Our intimate knowledge of it or our comfort with [Lynch] is not very high because of the time in which we acquired him and the nature of which you have to work when you’re preparing to play games,” Tomlin said during his Tuesday press conference.

Lynch was signed to the practice squad on September 17th and promoted to the 53 October 11th. The regular season finale will be just the second time he’s dressed for a game. Much of his time as a Steeler has been spent on the scout team or simply as a warm body while Hodges and Mason Rudolph soaked up the opportunity ahead of him.

“We acquired him after the season started. We had two very young quarterbacks in front of him. We’ve been very thoughtful about making sure that they’ve gotten a significant amount of reps in terms of overall readiness. Obviously we’re going to work Paxton some this week, but what he’s done to this point does not provide a great deal of comfort for him or for us. Because of the variables in which I just mentioned,”

Lynch hasn’t started a game in nearly two seasons. His last came in the 2017 finale, a three point loss to the Kansas City Chiefs where he threw a pair of touchdowns and interceptions. If you’re desperate for some highlights of that game, check them out here.

In four career starts, Lynch sports a 1-3 record with as many touchdowns (4) as picks. He’s also shown a lack of mobility, getting sacked 18 times over that span.

The simple truth is the Steelers don’t have any good answers at quarterback. That won’t change until Ben Roethlisberger returns in 2020. But Hodges has gotten reps this year dating back to rookie minicamp, has an in-helmet perspective and prior to the Buffalo Bills’ game, played legitimately well, so sticking with him is the more practical decision.

The only way Lynch will have an official chapter in Steelers’ history is by way of injury or should Hodges continue his turnover ways. Which at the rate things have gone, is a distinct possibility against a talented Ravens’ defense.