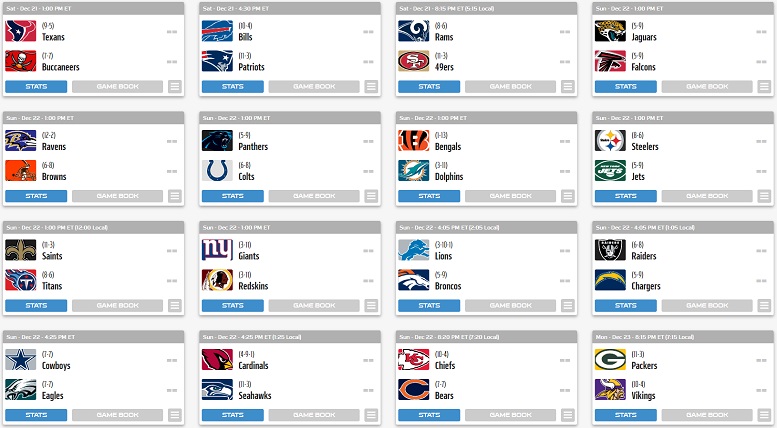 The Pittsburgh Steelers can make the playoffs as the No. 6 seed in the AFC should they win their final two regular season games. While the Steelers controlling their own destiny is certainly great, they won’t if they lose either of their final two games. Ahead of their Week 16 road game against the New York Jets, the Steelers could maybe use a little bit of help throughout this weekend so there’s games on Saturday and Sunday to pay close attention to if you’re into doing more scoreboard watching. So, with that, here’s a look at a few other games Steelers fans might want to pay close attention to on both Saturday and Sunday and how they might want to root in each.

This is a tough game to pick sides on because of the Tennessee Titans being involved in several scenarios. The best scenario requires the Texans to have something to play for in Week 17 against the Titans. Should the Texans beat the Buccaneers on Saturday they would win the AFC South and then they ultimately might not have anything to play for in Week 17 against the Titans depending on how a few other Week 16 games go. Basically, root for the Buccaneers to beat the Texans on Saturday.

Should the Bills beat the Patriots on Saturday then the Texans could still be in play for a first-round playoff bye in Week 17 when they play the Titans if they beat the Buccaneers. Also, a Patriots loss could come into play for the Steelers in Week 17 should the Ravens loss their Week 16 game on Sunday. Remember that the whole goal here is to have the Texans needing to win in Week 17 against the Titans even if they beat the Buccaneers on Saturday. A Patriots loss would also guarantee the Ravens have a first-round bye.

The Ravens can clinch the No. 1 seed in the AFC on Sunday by beating the Browns. Should that happen, the Ravens wouldn’t have anything to play for in Week 17 when they host the Steelers and thus that should result in them resting as many key starters in that contest as they possibly can. Steelers fans should want the Ravens to clinch the No. 1 seed in the AFC in Week 16 in some form or fashion.

This game is like the Bills game against the Patriots on Saturday. Rooting for the Bears Sunday night could be required should the Texans beat the Buccaneers on Saturday because Houston could potentially have a first-round bye in play in Week 17 when they play the Titans. If the Texans lose on Saturday. The Chiefs losing to the Bears on Sunday night could also be big should the Ravens lose on Sunday to the Browns. Baltimore would clinch a first-round bye in Week 16 even with a loss to Cleveland with either a Chiefs or Patriots loss and clinch the No. 1 seed should both teams lose. Once again, the goal is to have the Ravens not having anything to play for in Week 17 against the Steelers and for the Texans to have something to play for against the Titans next weekend. 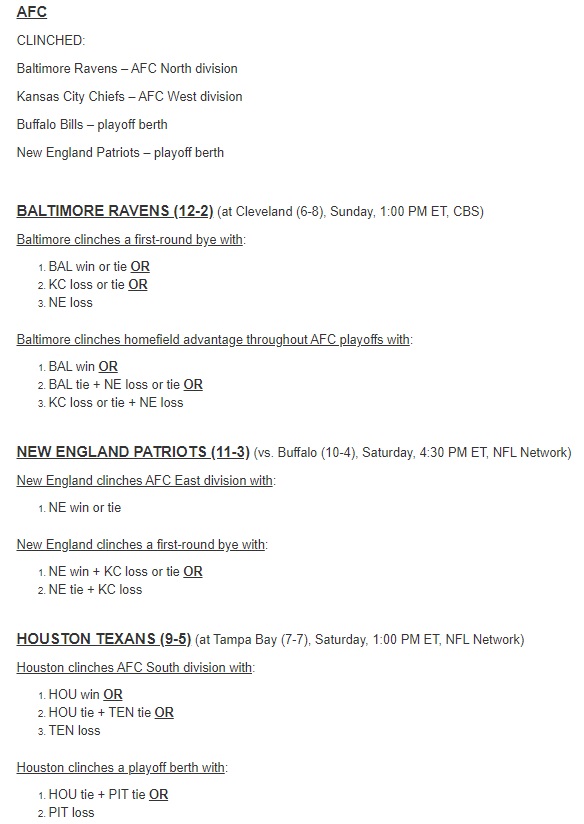